Settled in the lush green area of the Belgian Ardennes, the charms of Bouillon draw large numbers of visitors all year round. They come to visit the castle, wander through the historic city center or hike in the Semois valley. There’s also a stunning viewpoint nearby: it’s called le Tombeau du Géant and it’s absolutely worth a detour. 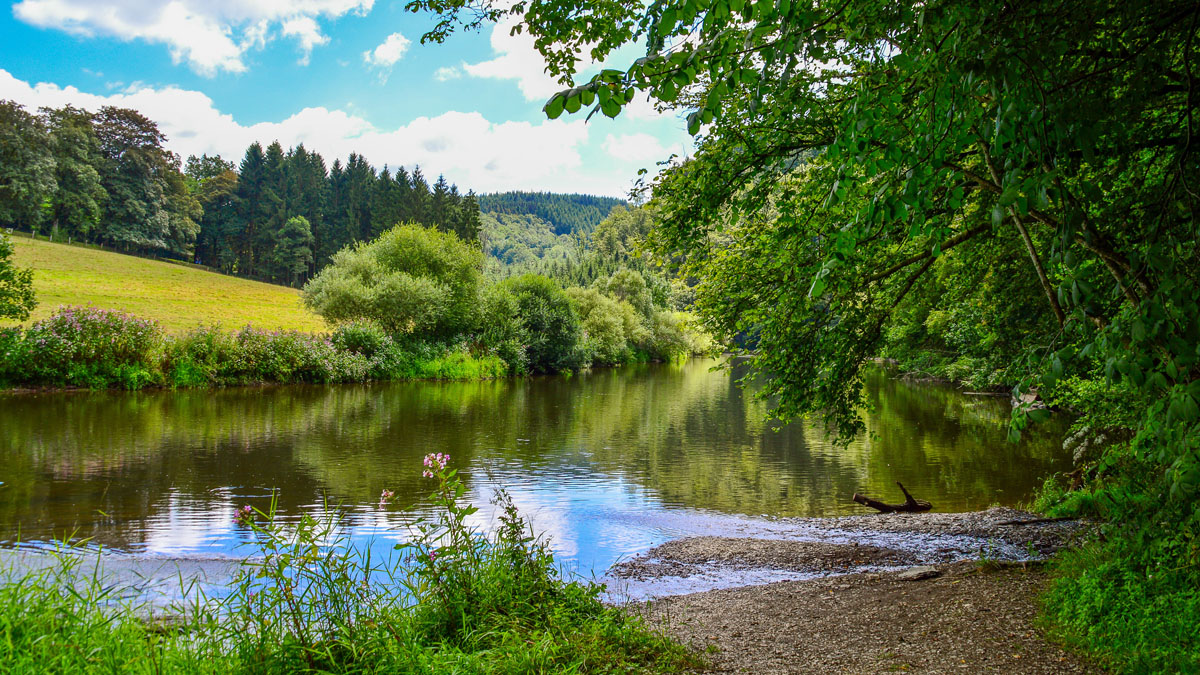 Upon arrival, your attention will immediately be drawn to the medieval castle sitting high on an adjacent hill. First built in the 8th century, it is the oldest remnant of the feudal times in Belgium. Since the 11th century, the castle became inextricably linked to Godfried of Bouillon, who rented it to out to the archbishop of Liège to finance his expedition to the Holy Country. Did you know the castle has a 13th-century hall carved out of bedrock? Until 1830, it served military purposes. Today, it is possible to visit the castle, wander through its maze-like structure and enjoy the view over the city. 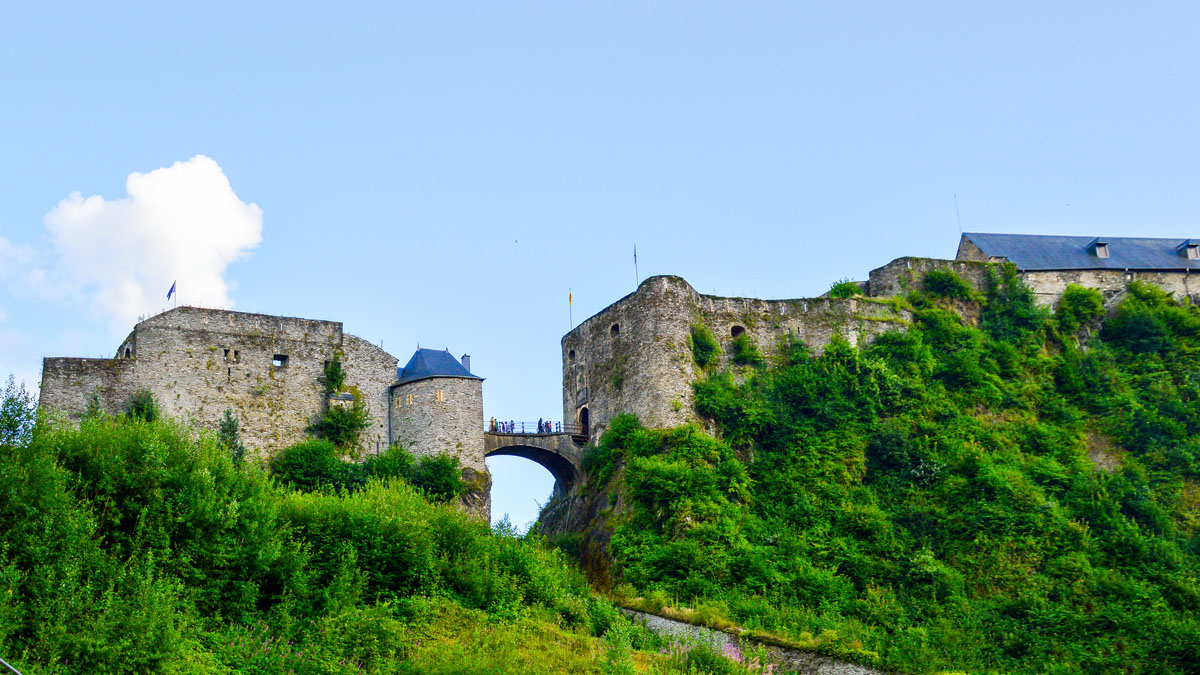 Another interesting viewpoint is the Belvédère, which offers a splendid view over the city and her green surroundings. Although the distance is only 1,5 kilometer, prepare for a one-hour hike. Unless you’re super-efficient at climbing.

If you don’t like climbing, you can also take a stroll through the historic city center, relax by the river or enjoy a Blanche de Bouillon beer. 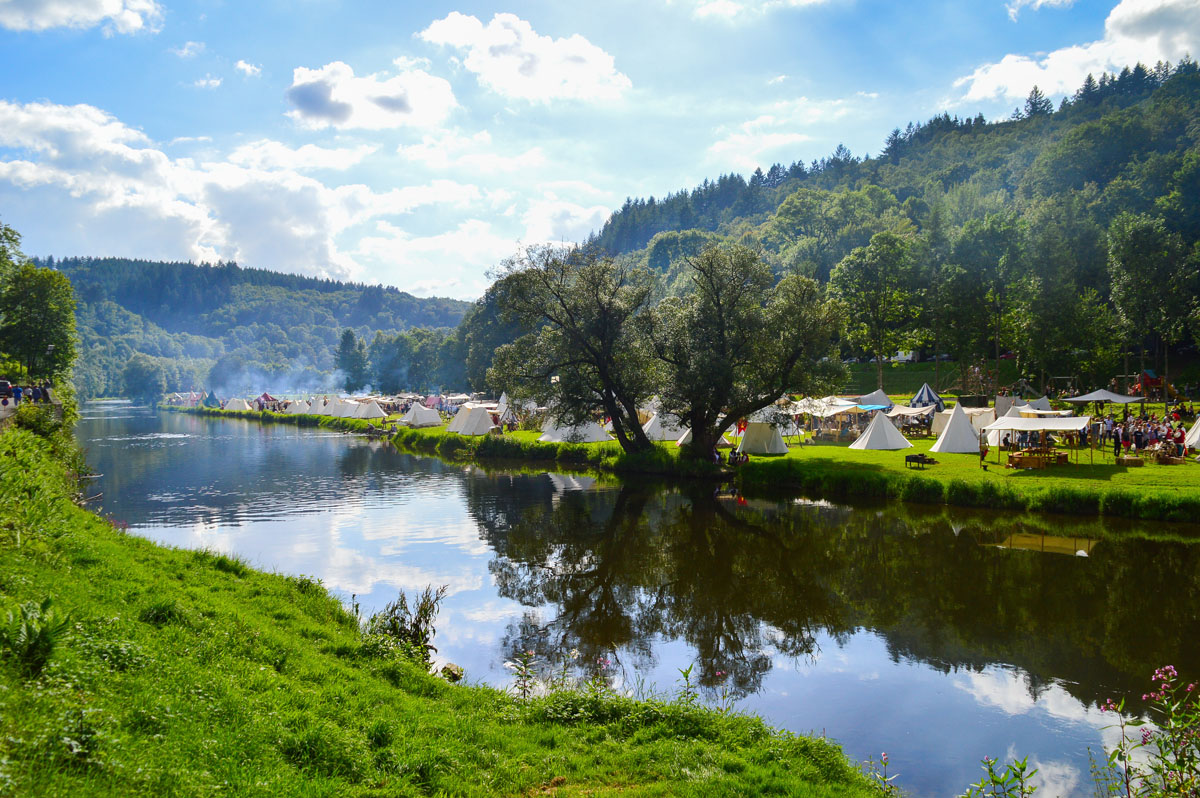 We made a beautiful 15-kilometer hike starting and ending in Bouillon. The highlight came in the beginning of the hike at the viewpoint Pic du Diable, which offered a wide view over the meandering Semois river, the lush forest and the Moulin de l’Épine. 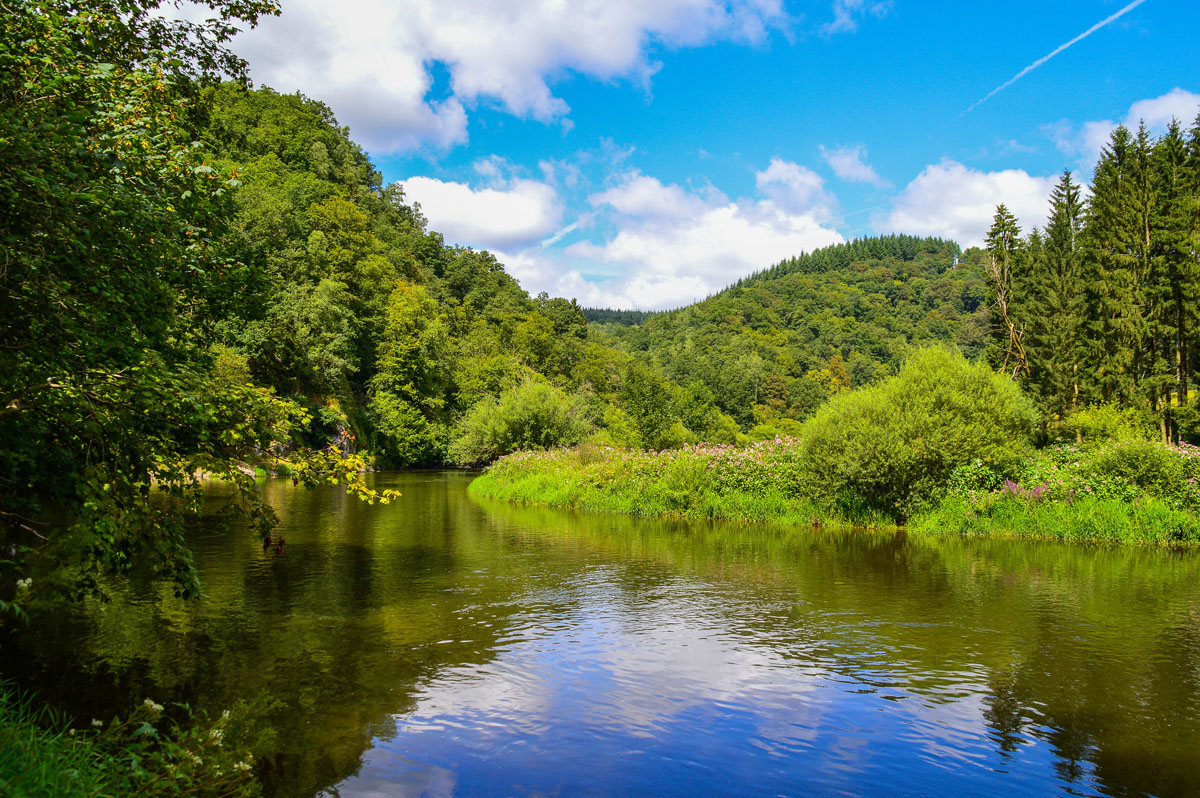 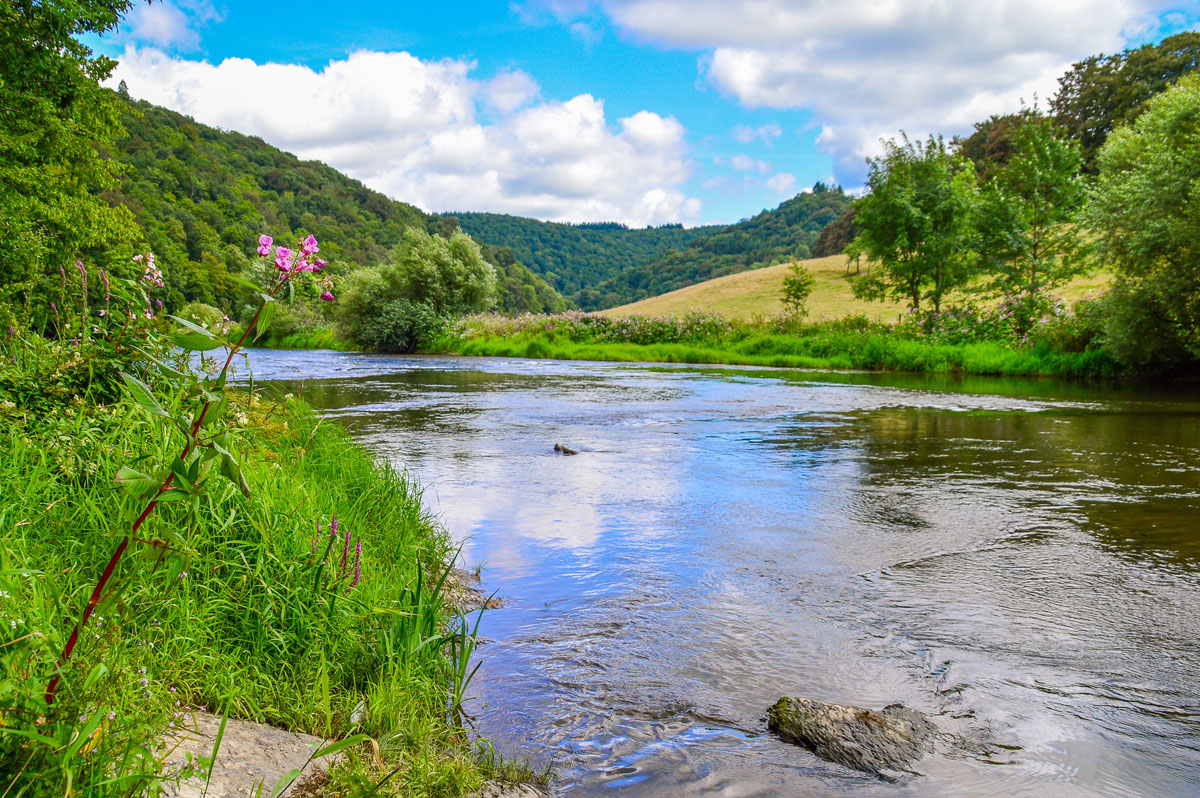 From there, we continued to Corbion, without losing sight over the Semois river. On the way back to Bouillon we mainly followed small tracks through the forest. 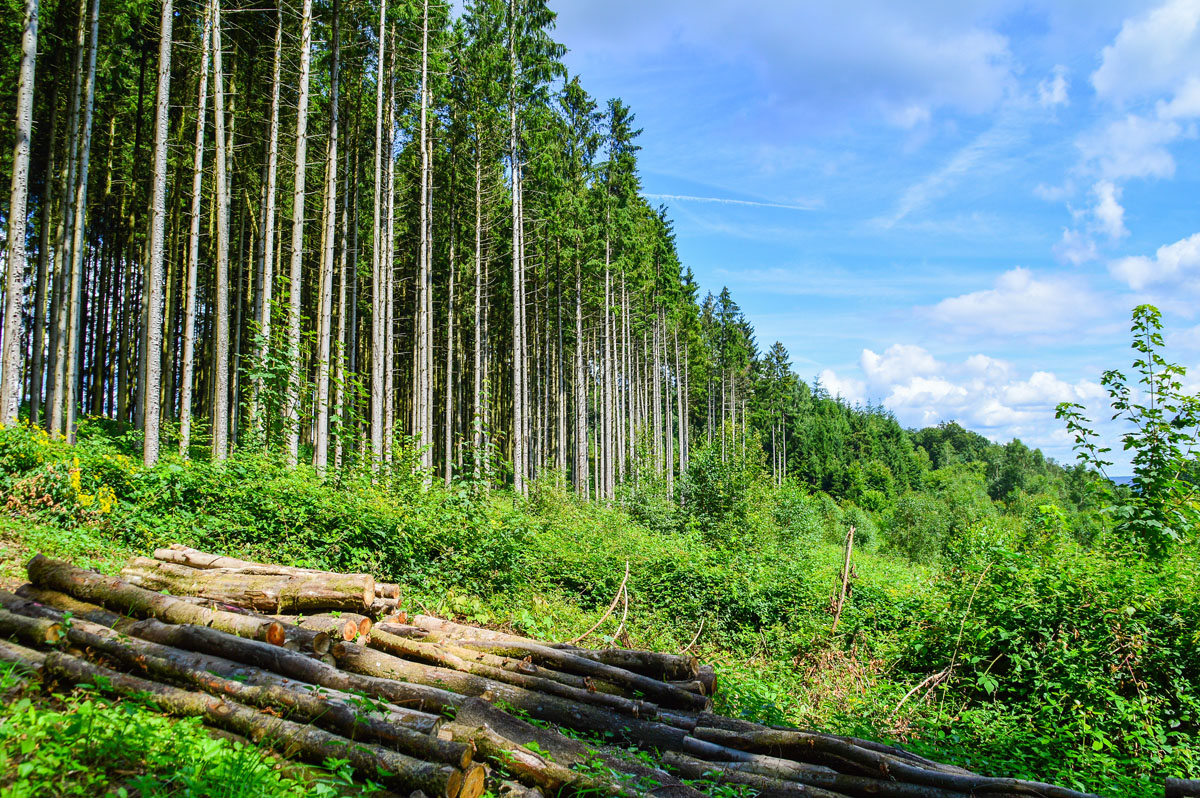 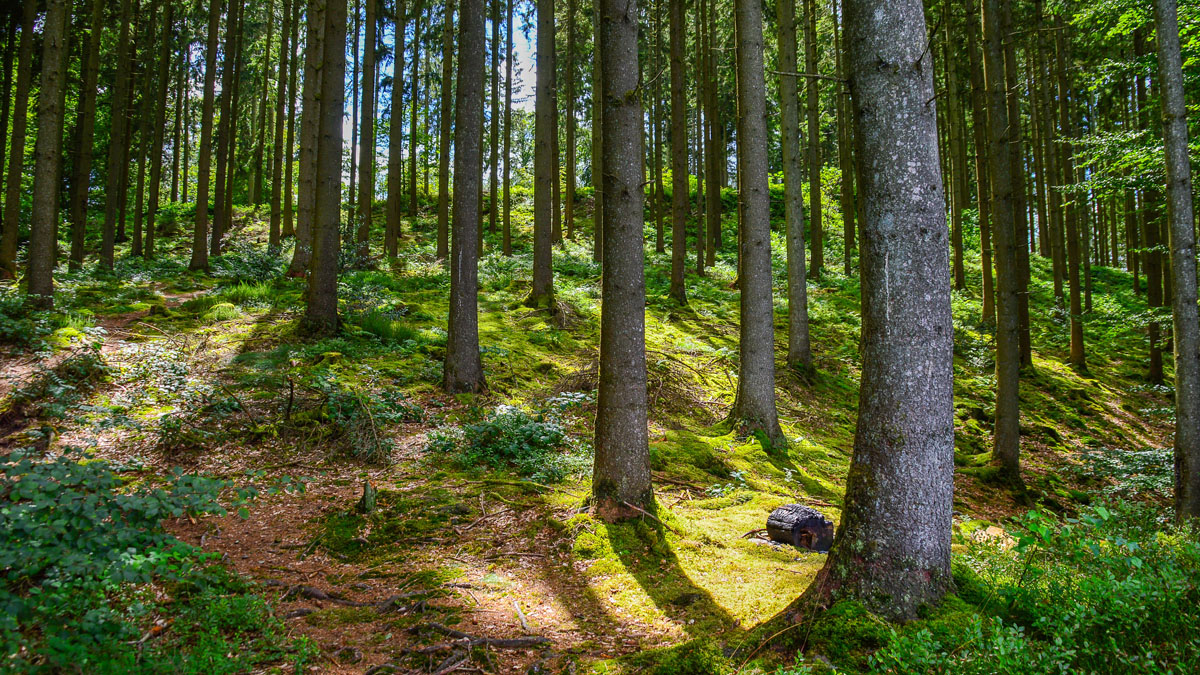 It was a long and tiring hike, but those are often the best. 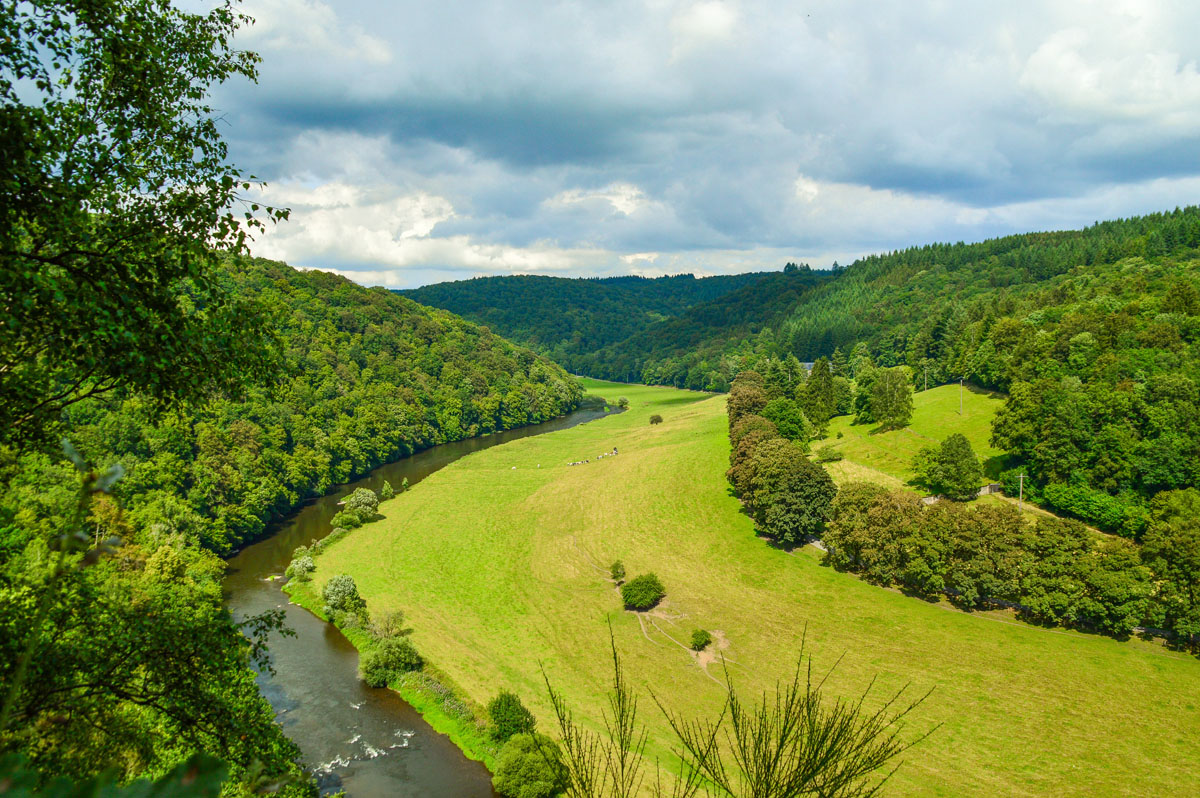 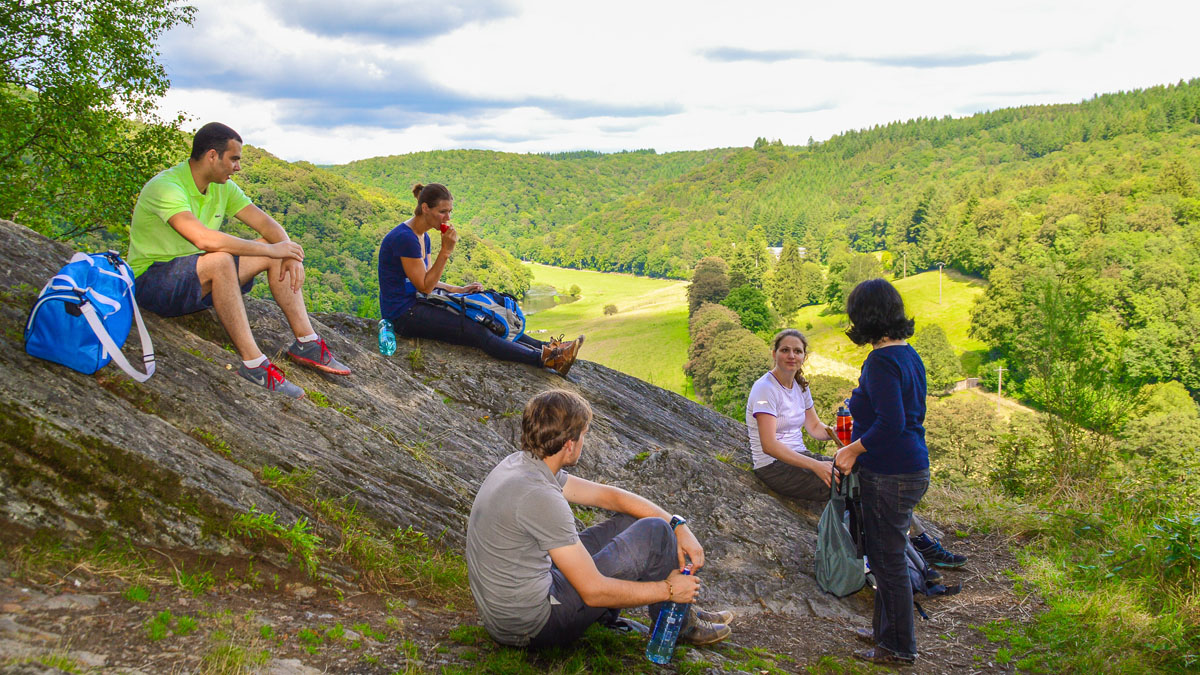 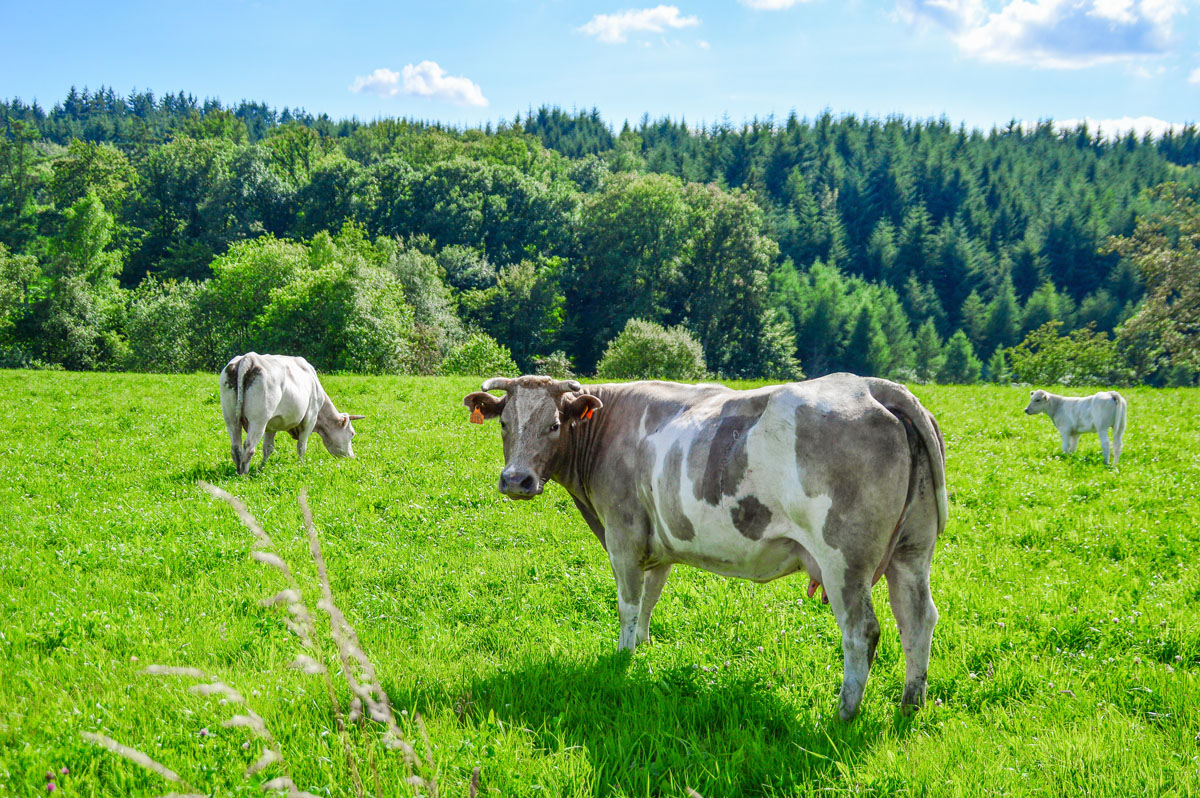 On our way back home, we included a stop at another impressive viewpoint in the village of Botassart. Le Tombeau du Géant is classified as natural heritage in Wallonia.

The name literally translates as ‘the Tomb of the Giant’ and refers to a legend of a Gaulish hero who refused to surrender to the Romans. Instead, he jumped off the rock Rocher des Gattes. The day after, the inhabitants found his body and buried him on top of the hill.

The panoramic view then is absolutely stunning. If you wish to hang out longer, you could bring a packed lunch and install at one of the picnic tables while marveling at the valley as long as you like. 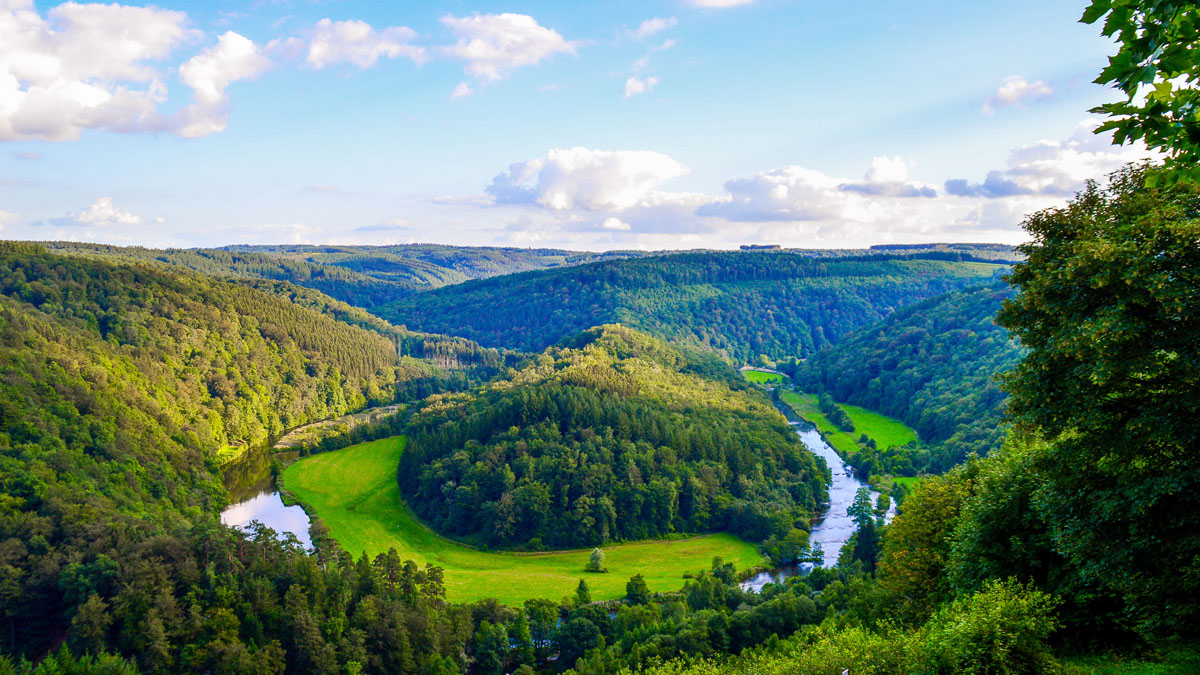