After our little Spring-break on the Greek island Rhodes, we had fallen in love with Greek cuisine. So when Greek expat friends suggested we joined them to Kriti, a Greek restaurant in Saint-Gilles, we didn’t hesitate. Even after a week of regaling ourselves on delicious moussaka, dolmades and tzatziki, we were craving for more. The ultimate question was: could a Brussels-based restaurant live up to our high standards? 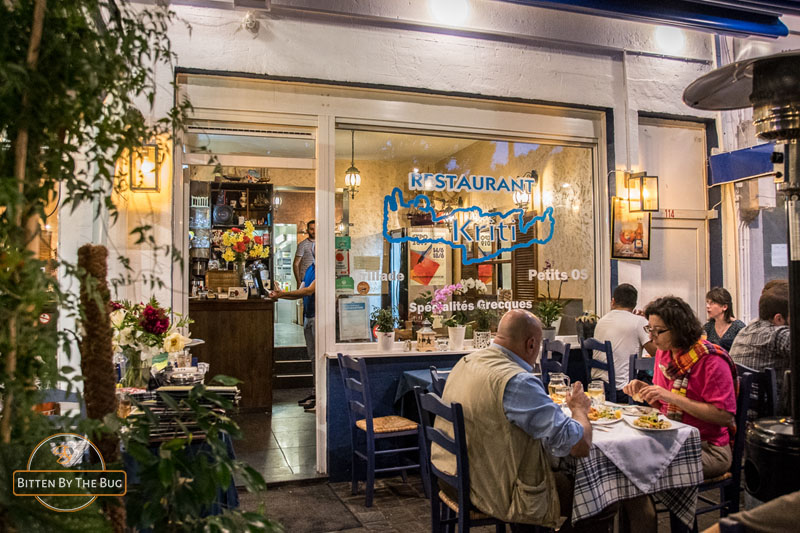 From Porte de Hal, it’s a short 5-minute walk to Place Bethlehem, where the restaurant Kriti is located. And what a nice vibe! The magic of a sunny Brussels day had the entire square under her spell. The square and the surrounding terraces were crowded with people enjoying the sun while sharing drinks with friends. A bunch of kids were playing football in the middle of the square. Musicians were playing the accordion. Place Bethlehem turns out to be the hub for Greek restaurants, as several were lined up next to Kriti. What I really liked was how they all had a similar, large and welcoming outdoor terrace. A line of trees offered shade, while rows of plants created separations between the different terraces. When we found our friends, we joined them around the table and ordered some Ouzo. 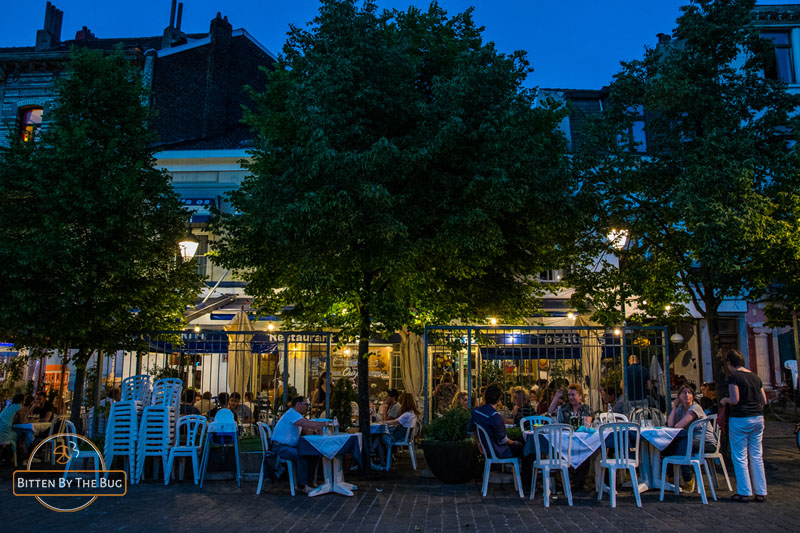 Having approved of the setting, it was time to put the food to the test. In line with our (recently acquired) Greek habits, we proceeded to scrutinizing the menu for some mezze (appetizers) to share. One of the items on the menu was ‘mezze per person’, which sounded like an option. However, when our Greek friends informed, it turned out to be a rather classical selection of mezze with dips you can easily find in any supermarket. Instead we ordered some dolmades, tzatziki with bread and grilled halloumi. Although our Greek friends claimed it didn’t taste like home, I really enjoyed the food. Even though the dolmades came in a white creamy sauce, which was complete nonsense to the Greek expats in our company. 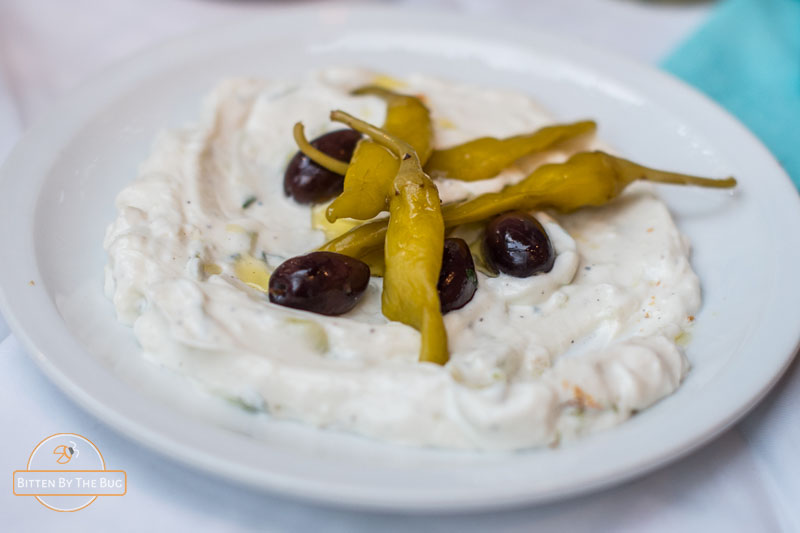 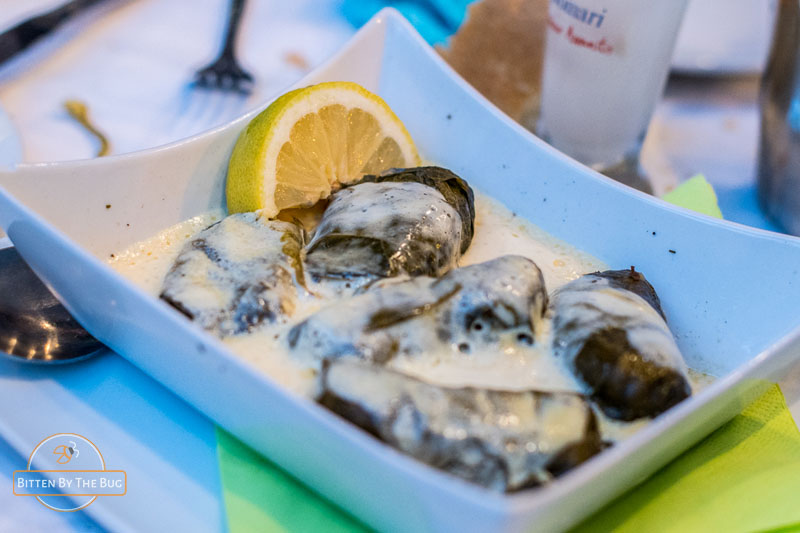 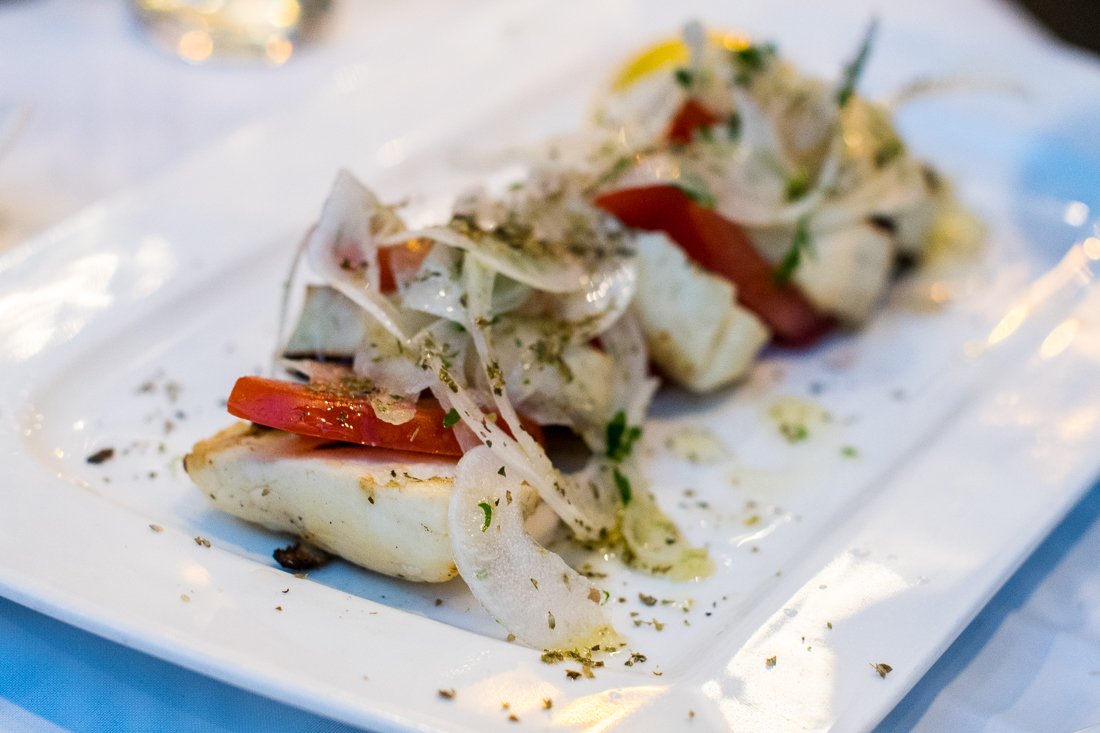 Although I wasn’t feeling hungry anymore, the main dishes still had to be served. And they were huge. I got the grilled calamari, to change from the usual fried calamari. To be honest, I regretted not having picked the latter, as my calamari tasted kinda bland. I also tried someone else’s gemisto (a burger stuffed with goat cheese), which was definitely more flavorful. 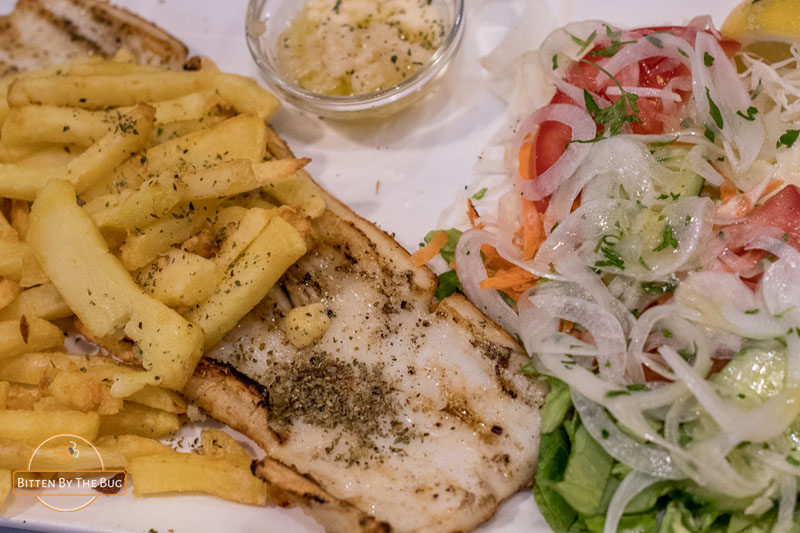 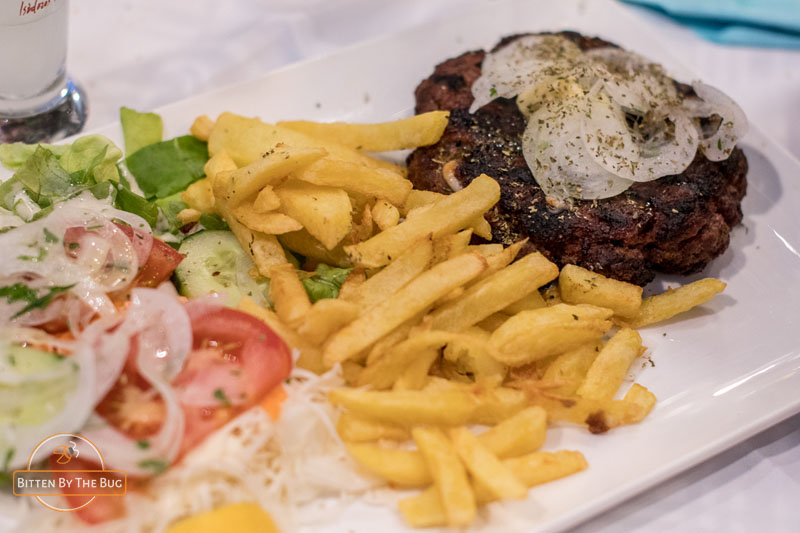 One thing that cannot be argued is that the portions are large. It’s impossible to leave the restaurant hungry. So pricewise, I would conclude that at Kriti, you definitely get what you pay for.

While on Rhodes, we had gotten used to receiving a free dessert offered by the house. Whereas we had no such expectations in Brussels, we were still surprised when at the end, the waiter asked if wanted a drink on the house. More Ouzo, please! 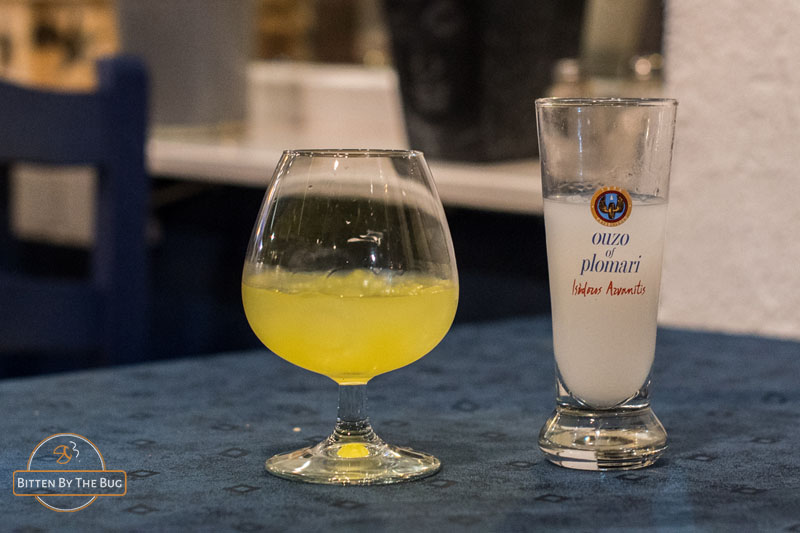 On my quest for authentic Greek food in Brussels, Kriti is without a doubt a lovely place to go for lunch or dinner. The vibe of the area is nice, the Greek owners are friendly, and the portions are large and satisfying.