Hike in the surroundings of Bohan sur Semois

Hike in the surroundings of Bohan sur Semois

Situated in Namur at 2 kilometers from the French border in the Belgian Ardennes, Bohan is a nice little village along the Semois river. Most buildings date from the 18th and 19th centuries. Whereas in earlier times, it was famous for its tobacco agriculture, today its biggest draw is the splendid hiking opportunities in the surroundings. That’s also the reason why we drove all the way to Bohan. Our 15 kilometer hike would take us through the nature reserve of Bohan-Membre, and include an extra loop towards Laforêt. 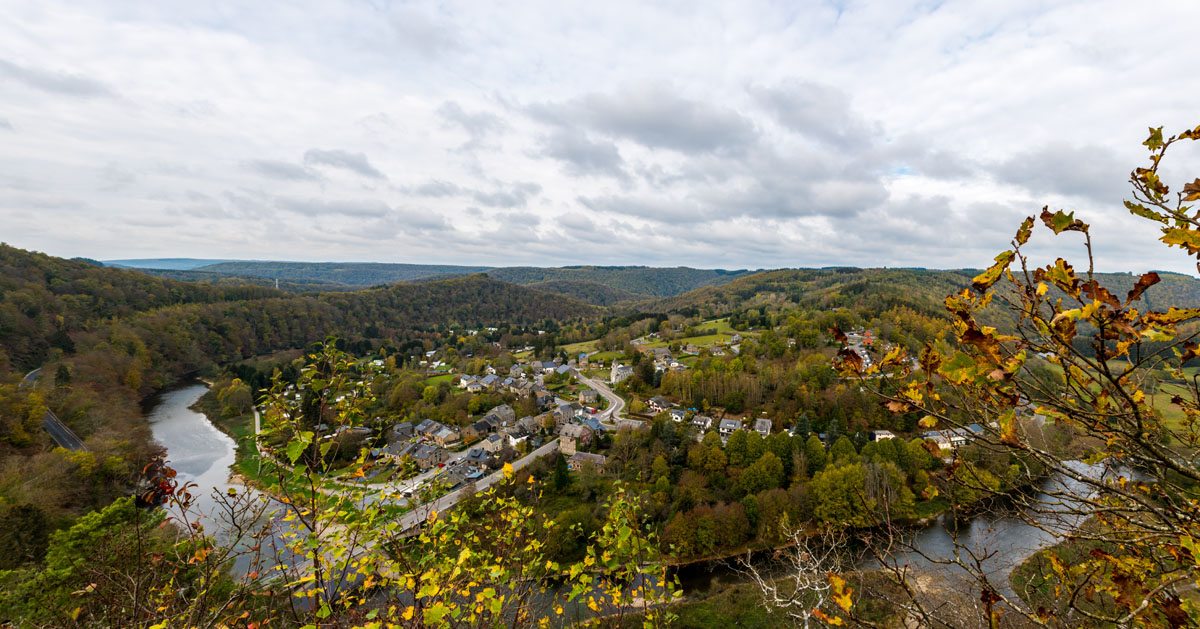 From Bohan to Membre

After the long ride from Brussels, we installed briefly in the bar La Folie Douce, situated in the center of Bohan. Our driver needed coffee and I was happy to warm up with a hot chocolate in this cozy bar. It was a cold October day.

After leaving Bohan via the Rue du Vieux Moulin, we soon found ourselves on a steep hill, which warmed me up even more than the hot chocolate I’d had before. Our efforts were rewarded though, as we reached a beautiful lookout point over Bohan which looked even smaller from above. 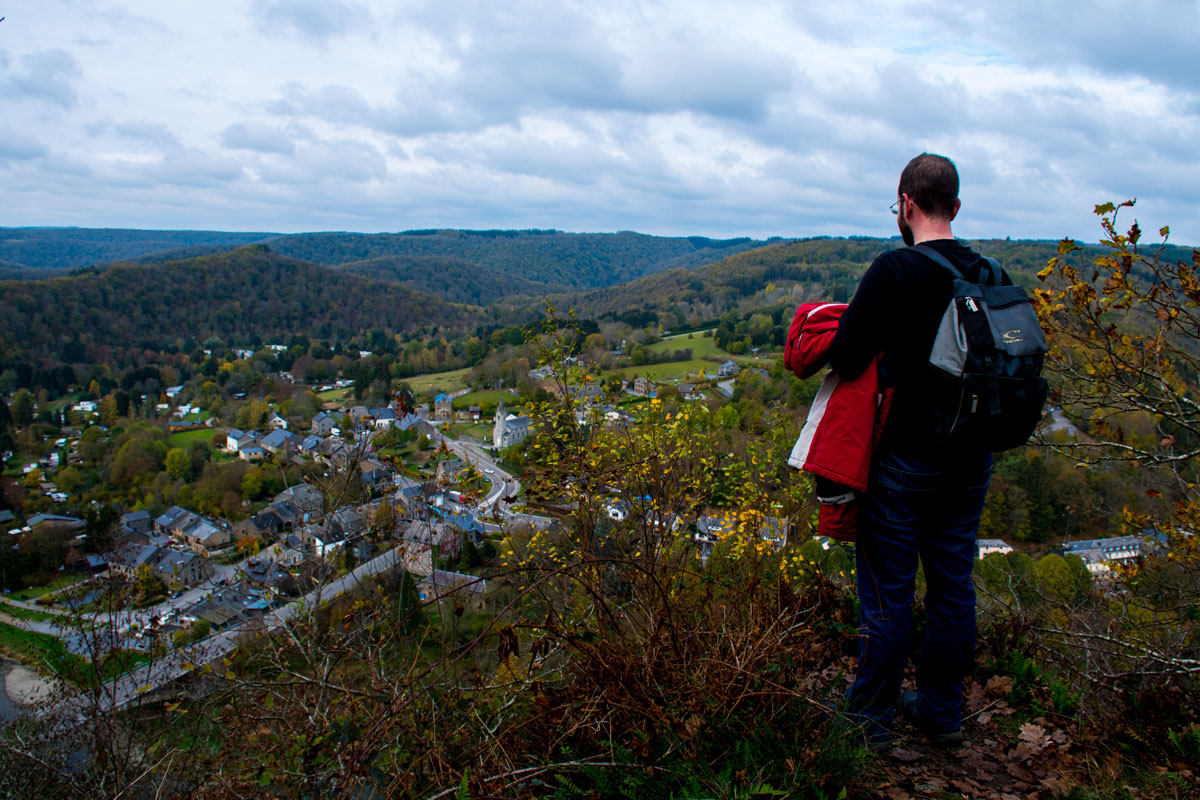 A loop from Membre to Laforet

The next part was all downhill and led towards the village Membre, where we’d pass twice today. For now, we kept the village at our left and walked on towards Laforet for possibly the hardest part of the entire hike. A steep uphill stretch led to a tower that offered a viewpoint over the entire valley.

Our energy levels had dropped and needed replenishing. Given that it was too cold to picnic outside, we were lucky that the staff of the hotel La Sapinière allowed us to eat our packed lunch inside, provided that we bought drinks there. 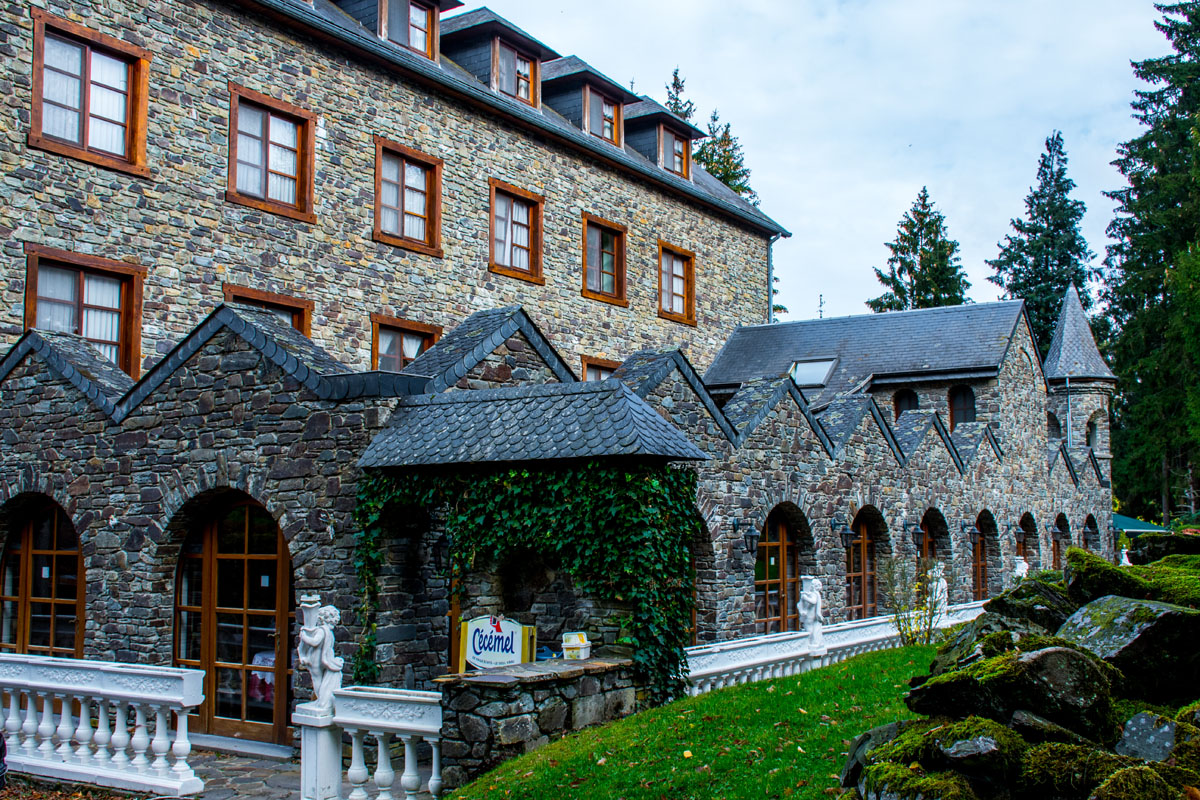 With full and happy bellies, we continued the next part of the hike which was remarkably easier and went more downhill. Soon we had closed one part of the loop and found ourselves again in Membre.

From Membre back to Bohan

Via the village of Membre, we returned to the Semois river which we followed closely until the end of the hike. There were still some challenging bits where the trail continuously led uphill or where a fallen tree impeded our passing-through. 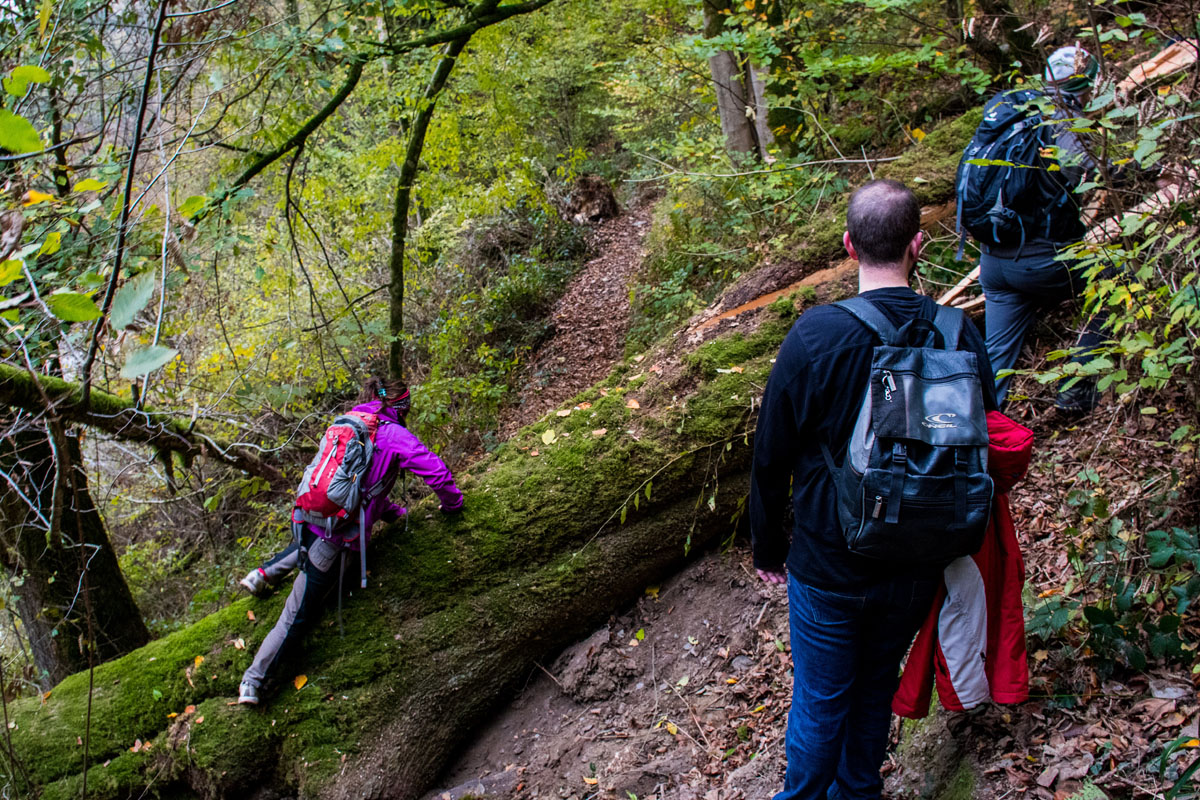 With 15 horizontal kilometers and ineffable vertical meters in our legs, we were happy to see Bohan pop up again in the distance. Despite the grey weather, it had been a wonderful hike! 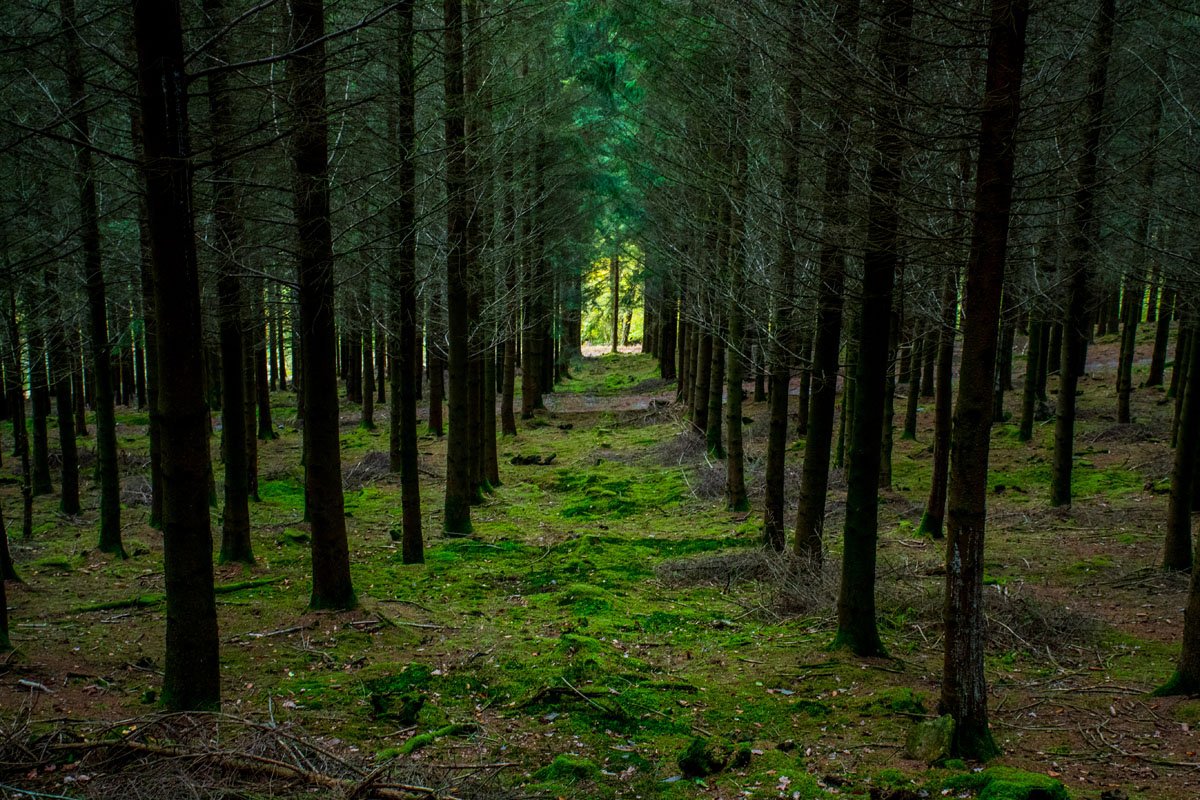 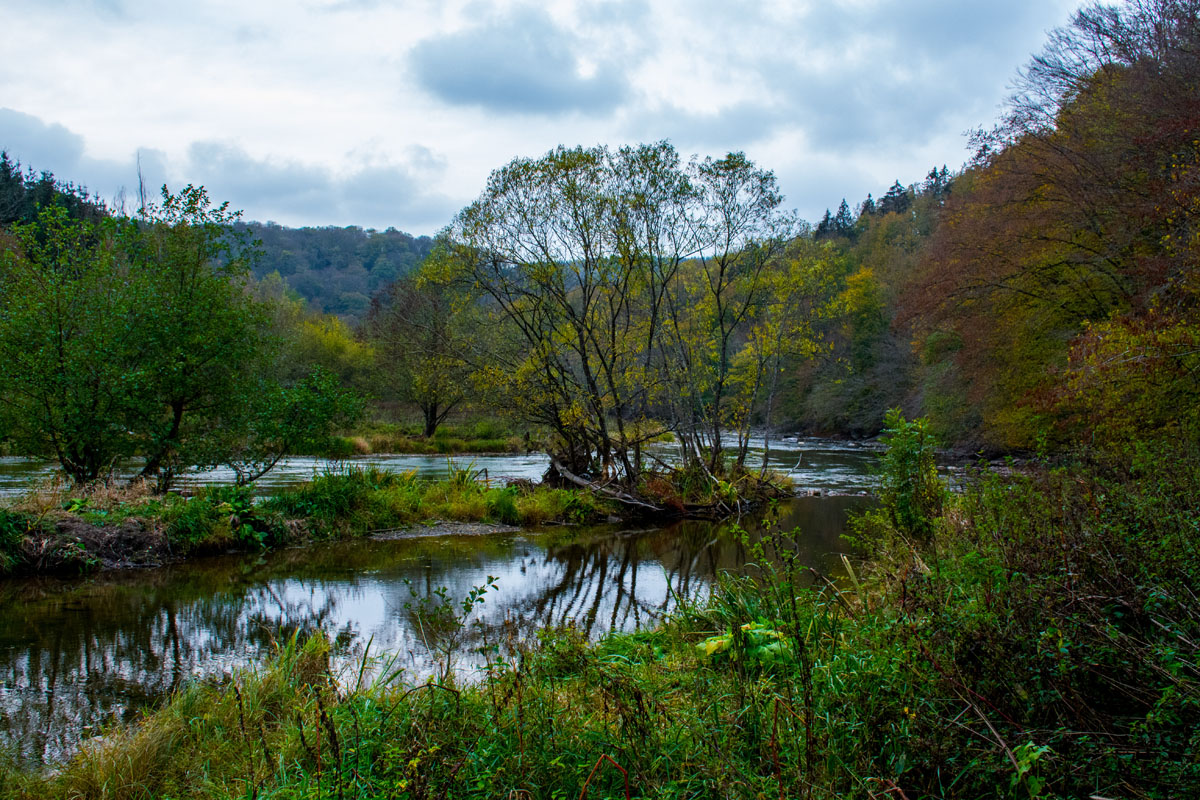 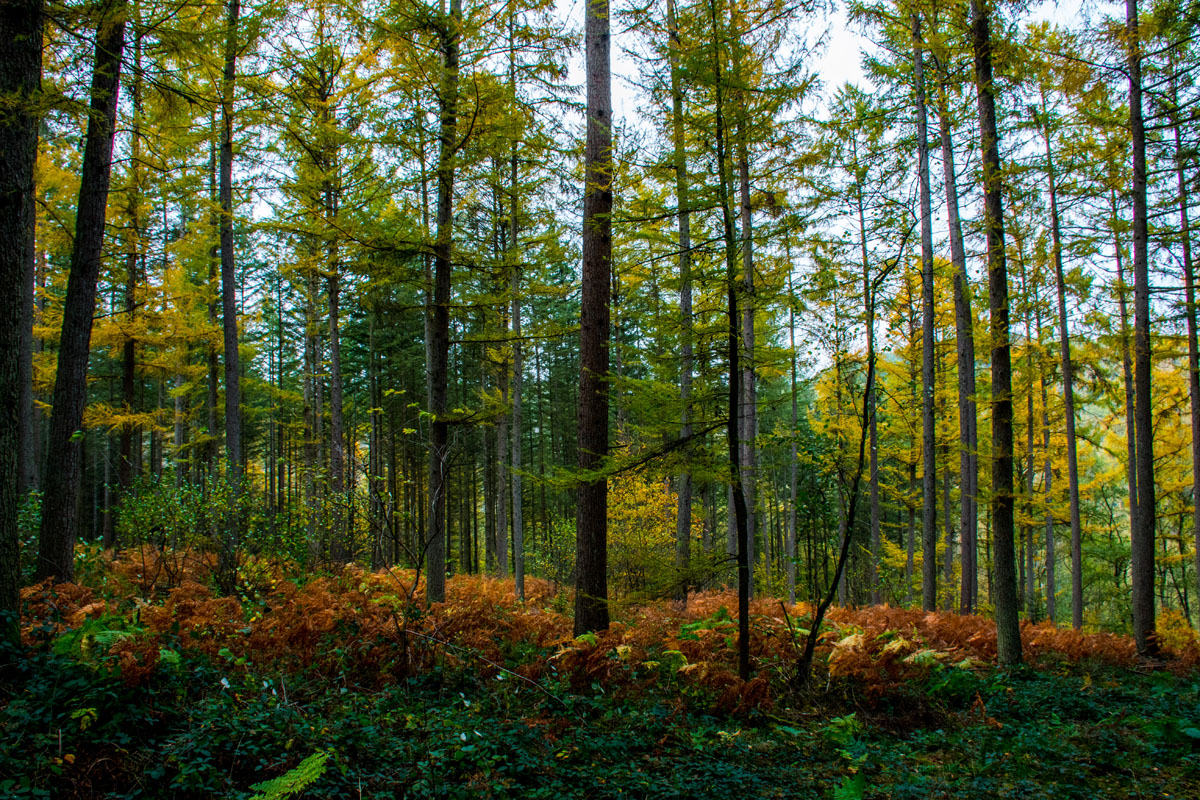