Shortly after laying hands on my new Nikon D7500 camera, I organized a little excursion to the Belgian Ardennes to put my new toy to the test. My boyfriend volunteered to join me and my new BFF as our personal driver. We drove about 150 km to Nisramont, which is part of the city La Roche-en-Ardenne in the Belgian province of Luxembourg. The place is known for its lake, a large reservoir of 47 hectares in the middle of a forested area. 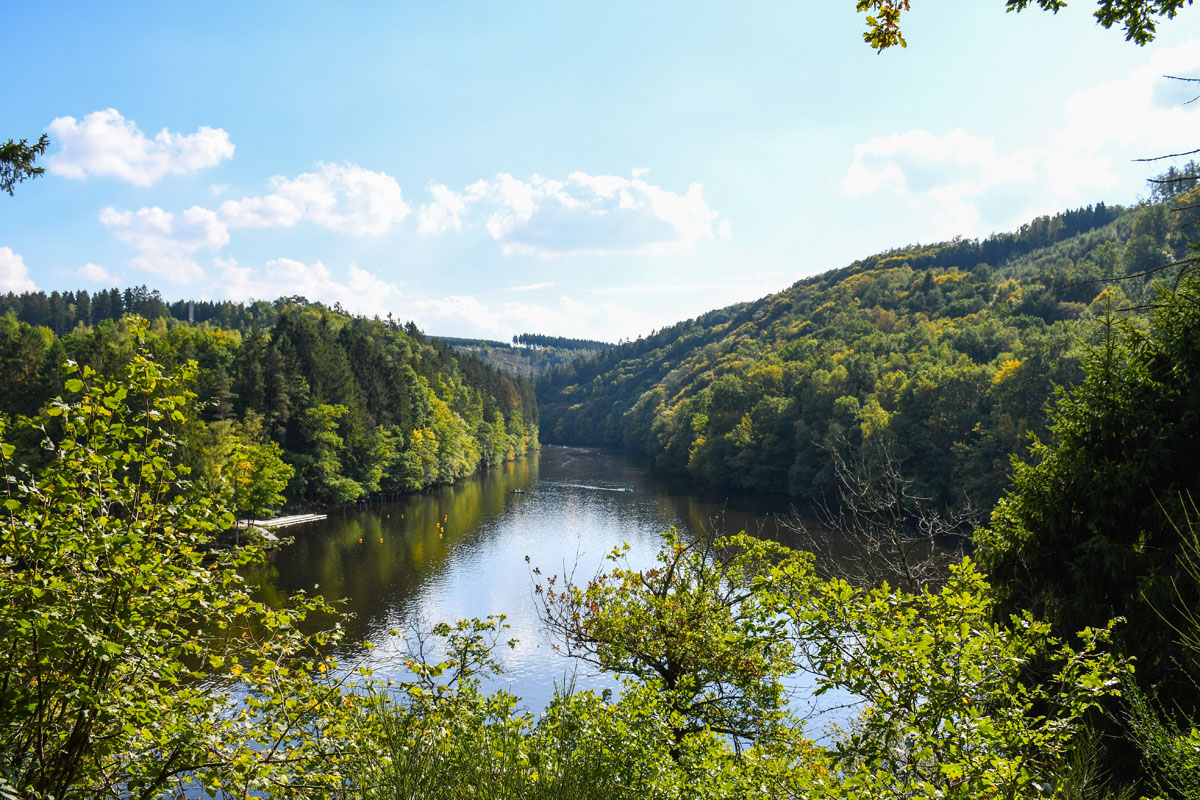 Hike around the Nisramont lake

Having parked the car next to the lake, we didn’t feel very enthusiastic about getting out to start hiking. It was cold outside and the sky was grey. It looked like we hadn’t picked the best day for this endeavor.

Or maybe we had. A thin layer of mist floated over the lake, giving the entire setting a mysterious feel. My new camera was immediately put to the test. 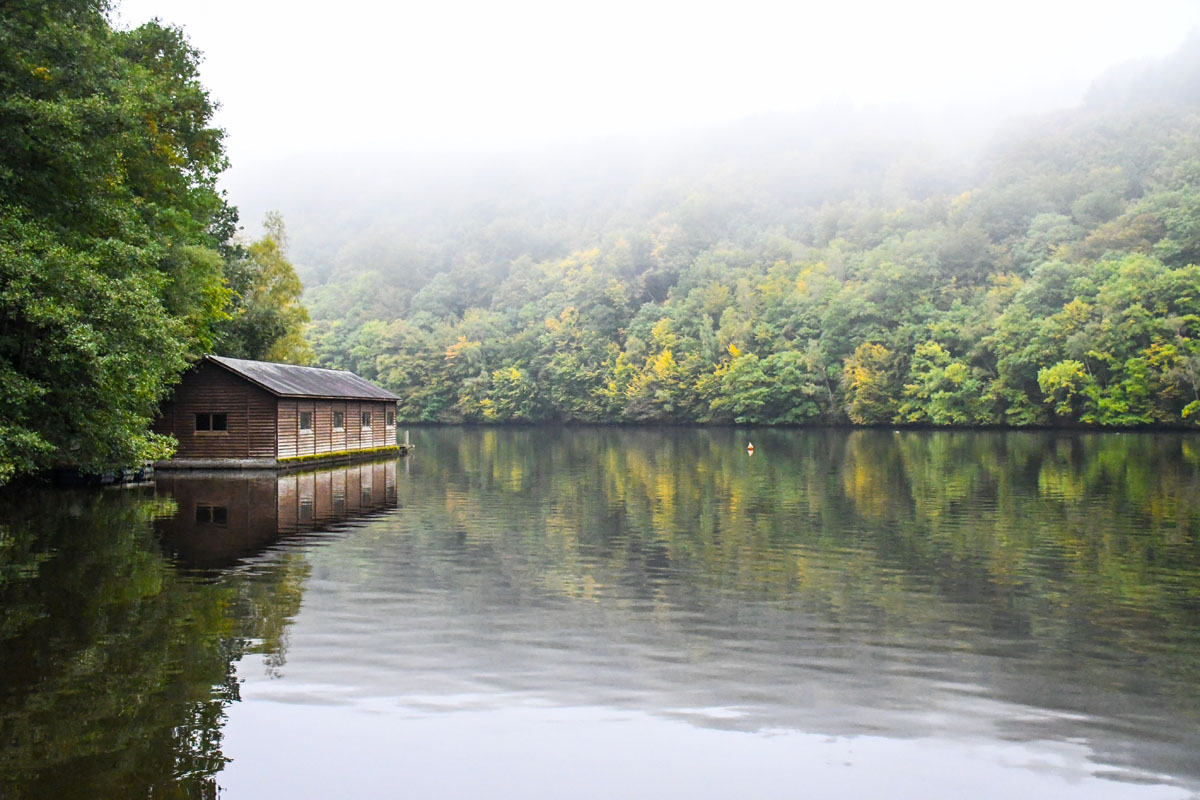 There is a hiking trail that goes around the reservoir and passes along the two Ourthe rivers. Keeping the lake at our left while crossing the little bridge over the water, we started the loop in counterclockwise direction.

Always keeping an eye on the water, we walked through the forest on an overall flat trail. Little by little, the mist disappeared and the first sunrays appeared. We’d have a beautiful Indian Summer day after all! 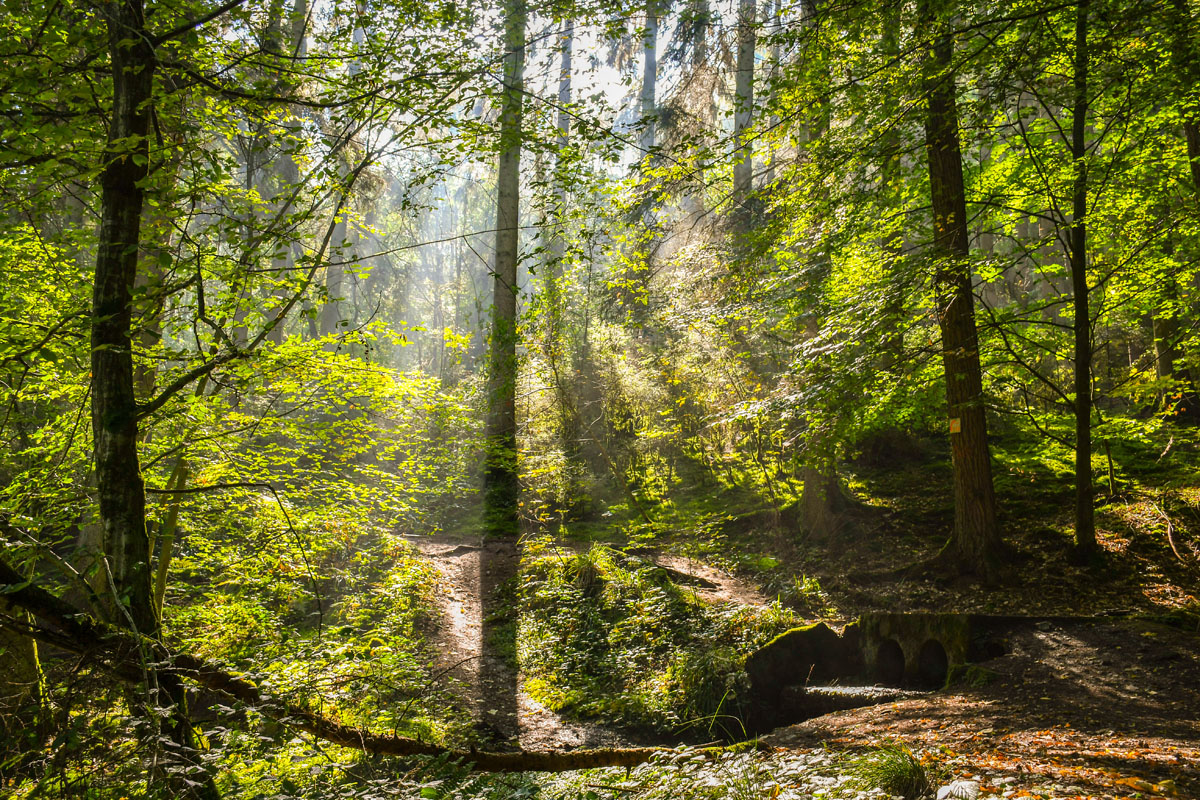 The trail soon started going up and down, occasionally leading to a hilltop with a panoramic view over the lake and its surroundings. 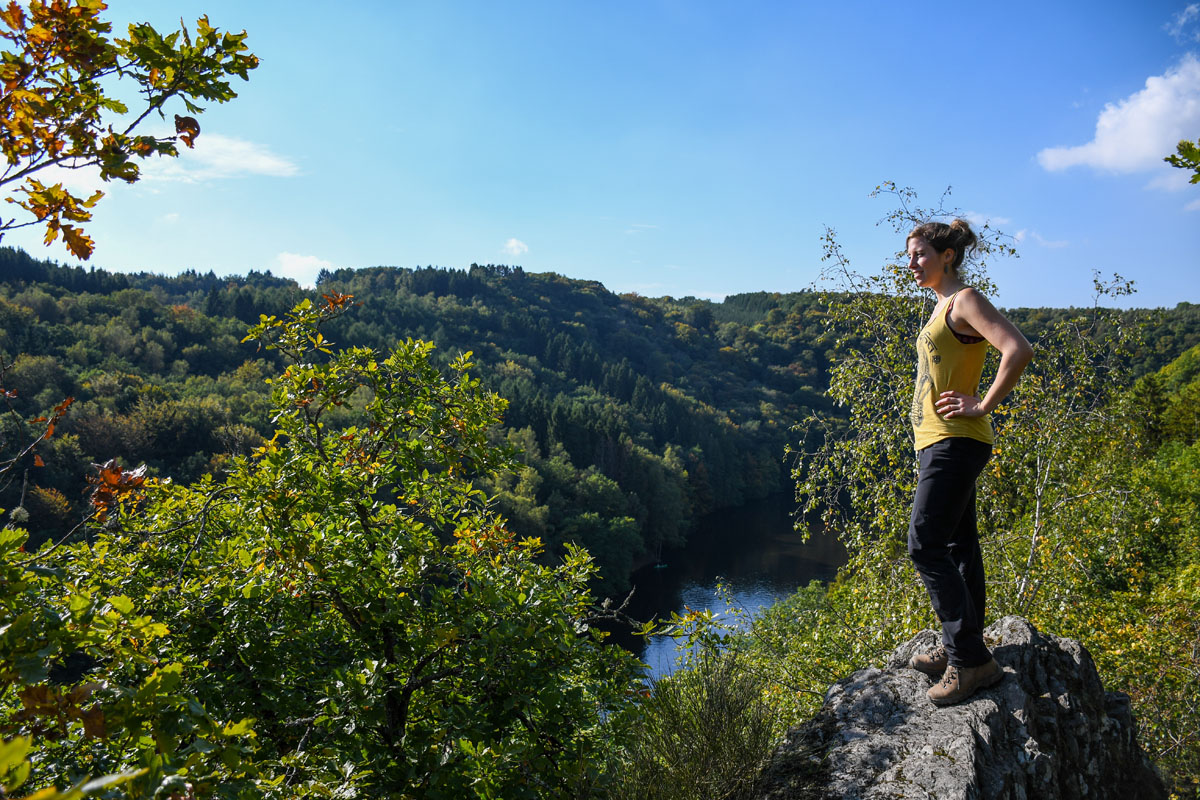 At the beginning over our hike, we had overtaken a group of old age pensioners. We realized we spent too much time taking photos when this group caught up with us… Although the culprit was obvious, our ego’s took a knock. We sped up to overtake the group again when suddenly we had to stop in the middle of a steep ascent. One of the ladies was stuck on a hill and didn’t dare taking another step out of fear of slipping down. The trail was too small to walk past, so we observed the scene at a distance until the lady had mustered enough courage to walk on.

Admittedly, some ascents are quite steep and muddy. I wouldn't recommend doing this hike after heavy rainfall. Unless you enjoy sliding down in the mud.

The lake is formed by the junction of two Ourthe rivers, so once we had walked past the lake, we were basically following a river. A first bridge led us over the first river, and a little further, a second bridge took us over the second river. From here, we started walking back in the direction of the lake to close the loop. 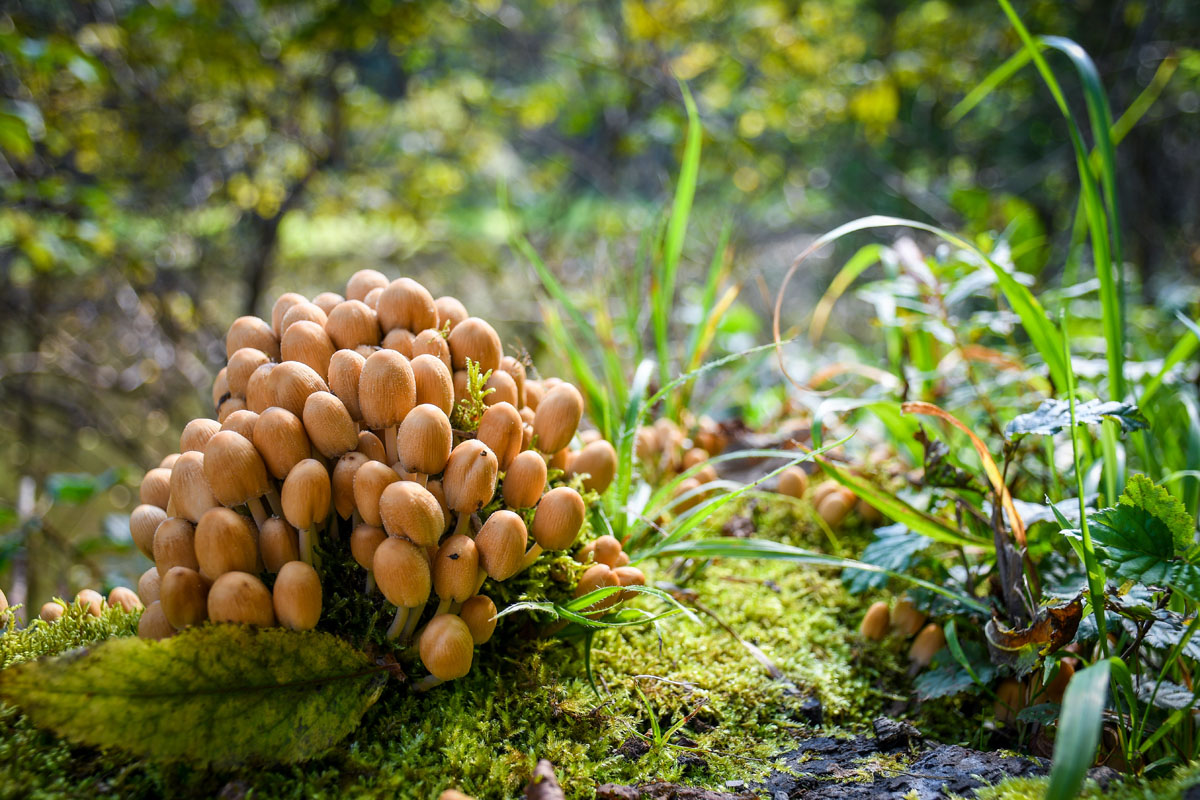 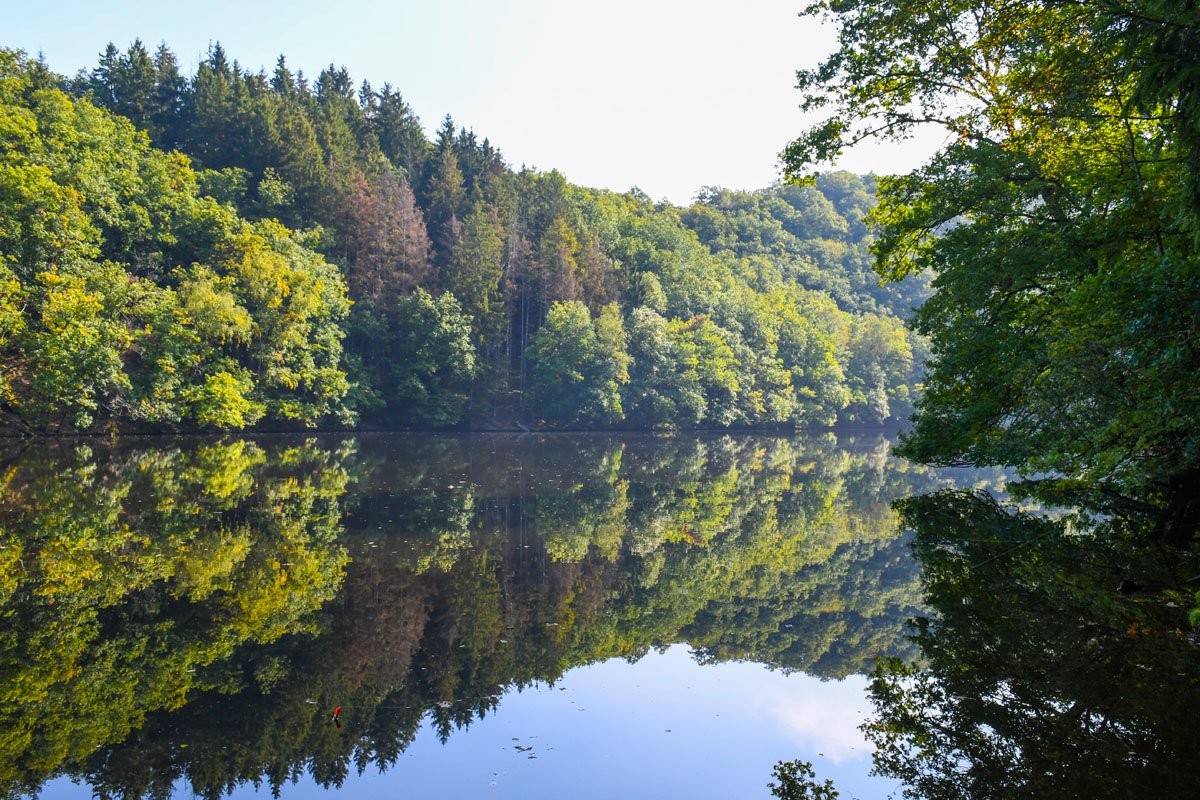 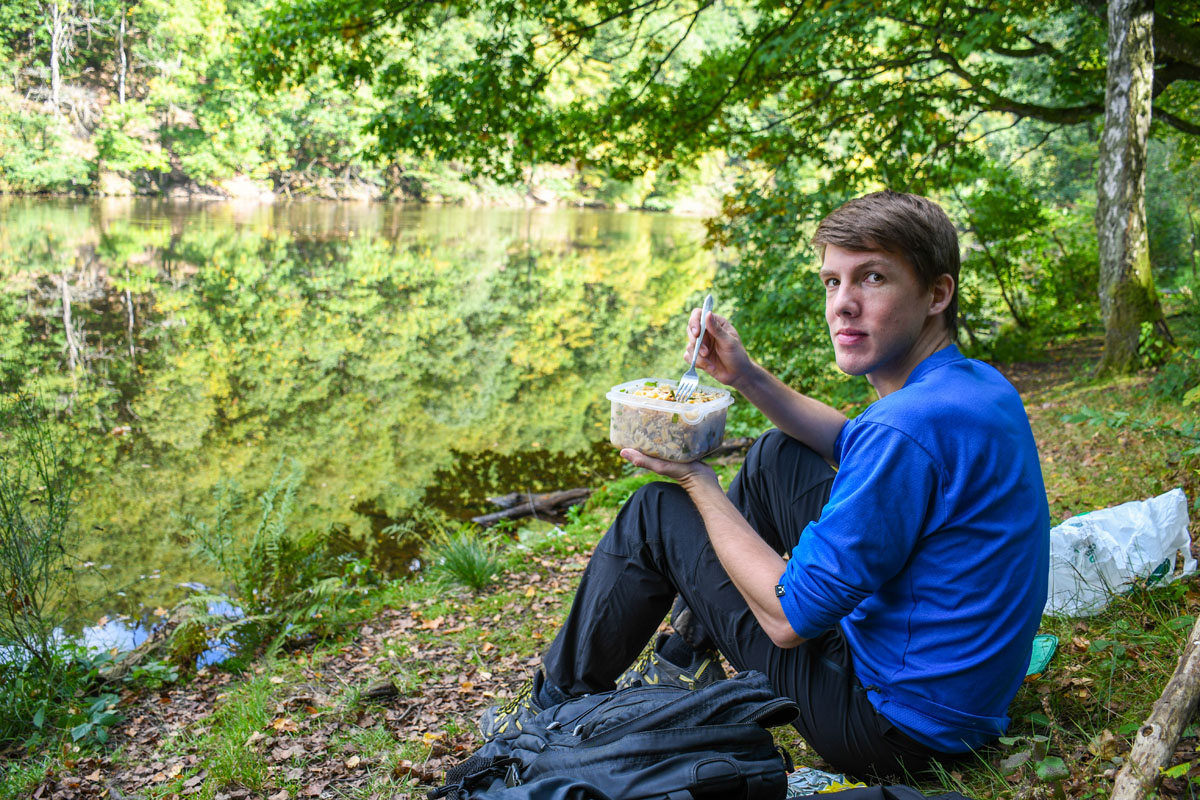 A well-earned ice-cream in La Roche-en-Ardennes

Before heading back home, we briefly stopped in La Roche-en-Ardennes for a stroll through its historic center which is dominated by a feudal medieval castle. 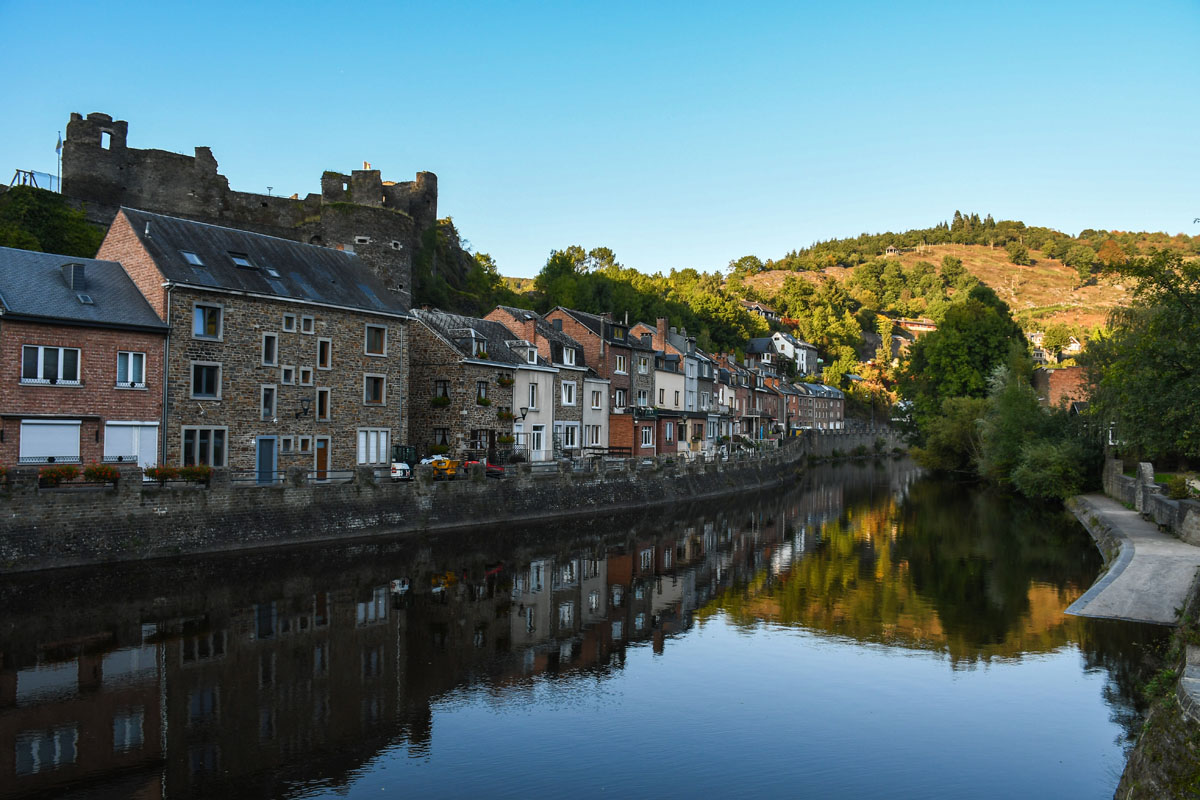 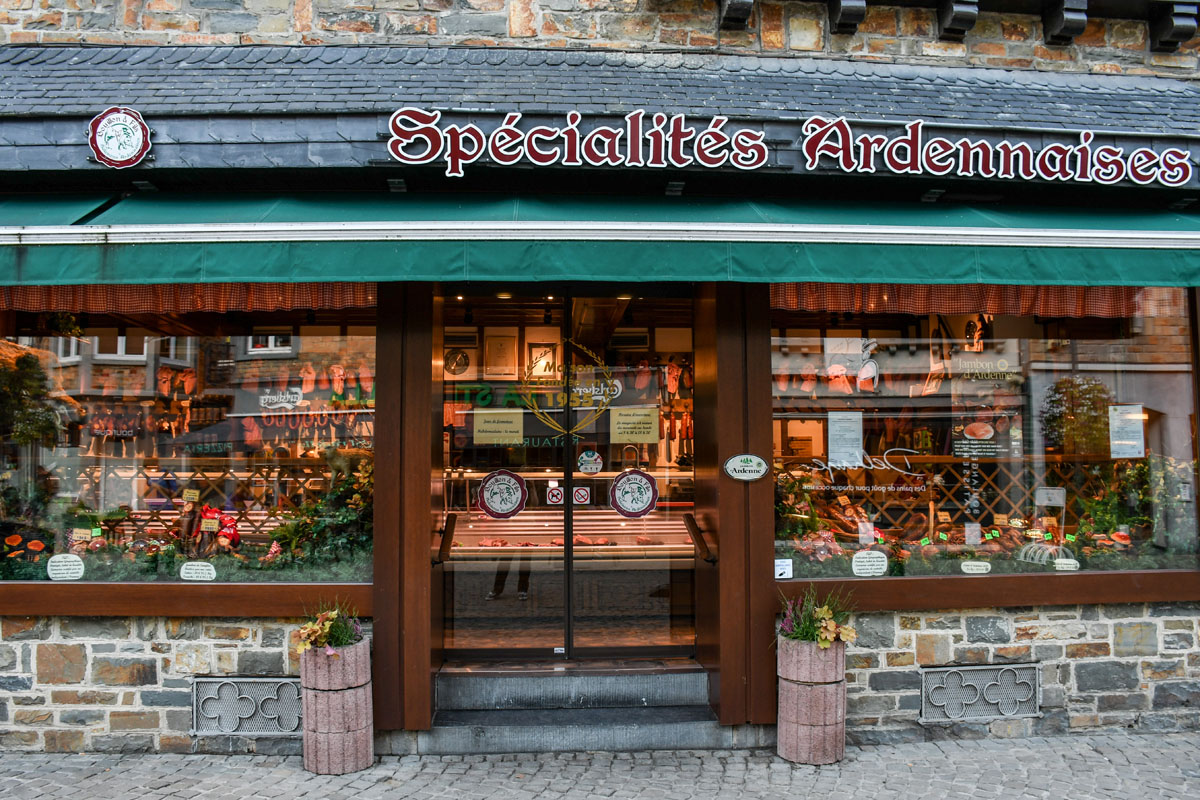 Thirsty from our hike, we installed at Le Quai Son, a bar by the river with a beautiful view over the old castle perched on a hill. We ordered a speculoos milkshake, which must be one of the best ones we’ve ever had. 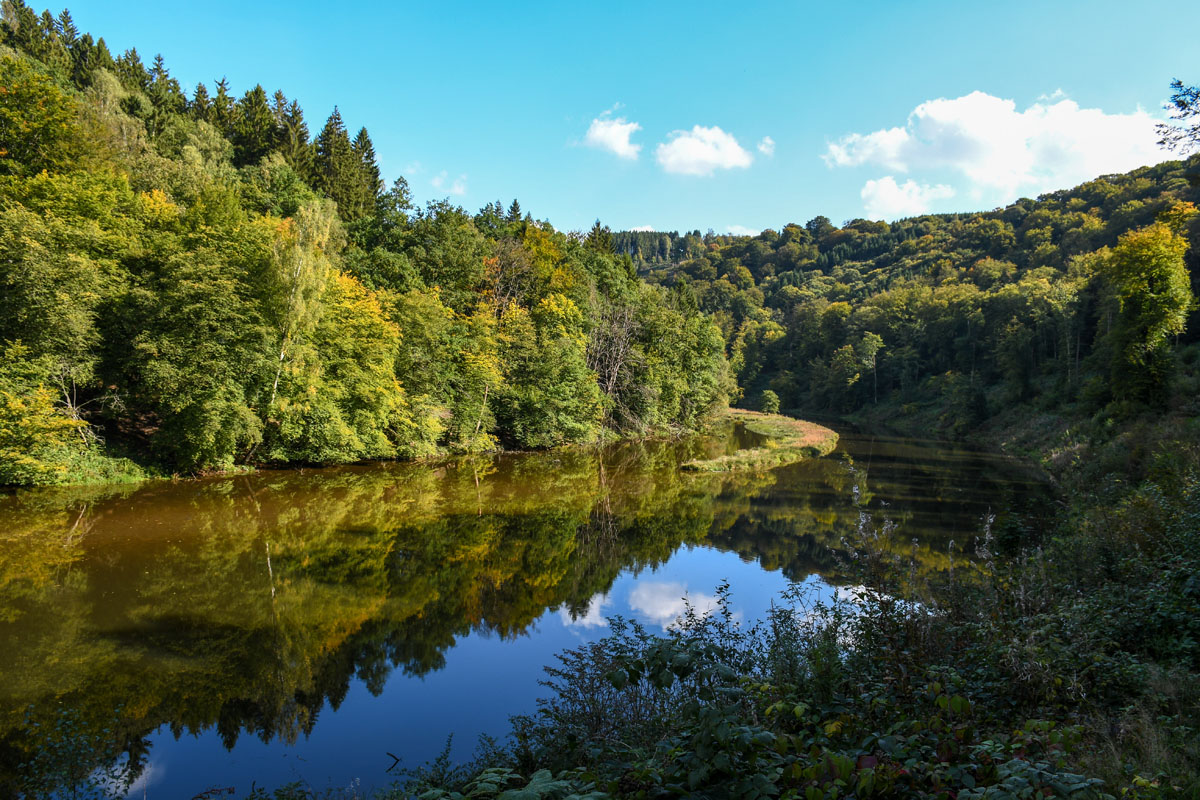