The area around Place Sainte-Catherine is popular with tourists, although possibly even more with locals who love to go for drinks in one of the trendy bars, dine out in one of the exotic restaurants or just hang out by the pond while people-watching and chatting. Despite the ever-lasting buzz, the vibe is quite laidback, especially on sunny days.

The ancient port of Brussels was located in this area, which you can tell by the many fish restaurants and the traces of ancient canals that have been replaced with charming promenades featuring fountains and terraces. On the corner of Place Sainte-Catherine, you’ll find the fish bar Noordzee, which is my number one lunch spot on Sundays. As you can tell by the crowds lining up, I’m obviously not the only one with that opinion. At Noordzee, they serve fresh seafood like mussels, clams, shrimp croquettes, oysters and fish soup… all of which go down very well with a glass of white wine.

You’ll notice that the area is brimming with restaurants, serving a wide variety of dishes. Some focus on the traditional Belgian cuisine, like Le Pré Salé that I’ve discussed in another article. Bavet then serves authentic Belgian spaghetti. Another group of restaurants like Dam Sum, Umamido, Knees to Chin and Makisu… offer a more exotic variety of dishes. Burger fans should head to Ellis Burgers or Be Burger and at Velvet Peck you can brunch all day.

A special mention goes to Gaston which lies a bit further down the Quai aux Briques. If you’re up for dessert, head there for some delicious home-made ice-cream. Apart from the usual suspects, they sell flavors of ice-cream you’ve probably never had before, like rum and raisins, caramel with caramelized pecan nuts, melon-cucumber-mint….

Although I could go on about the yummy places in the area, there’s a thing or two to say about the buildings here as well.

The church that towers over the square (you’ll never guess) is the Sainte-Catherine church, built at the end of 19th century. Walk inside to have a look at the stone statue of the black Madonna and the wooden Sainte Catherine statue on the wheel where’s she’s been tortured.

Behind the church sits an old medieval tower uncomfortably squeezed in between two hotels. This is the Black Tower. Dating back to the 13th century, it is one of the most important remnants of the first wall around Brussels, the city fortifications that protected the center of Brussels. 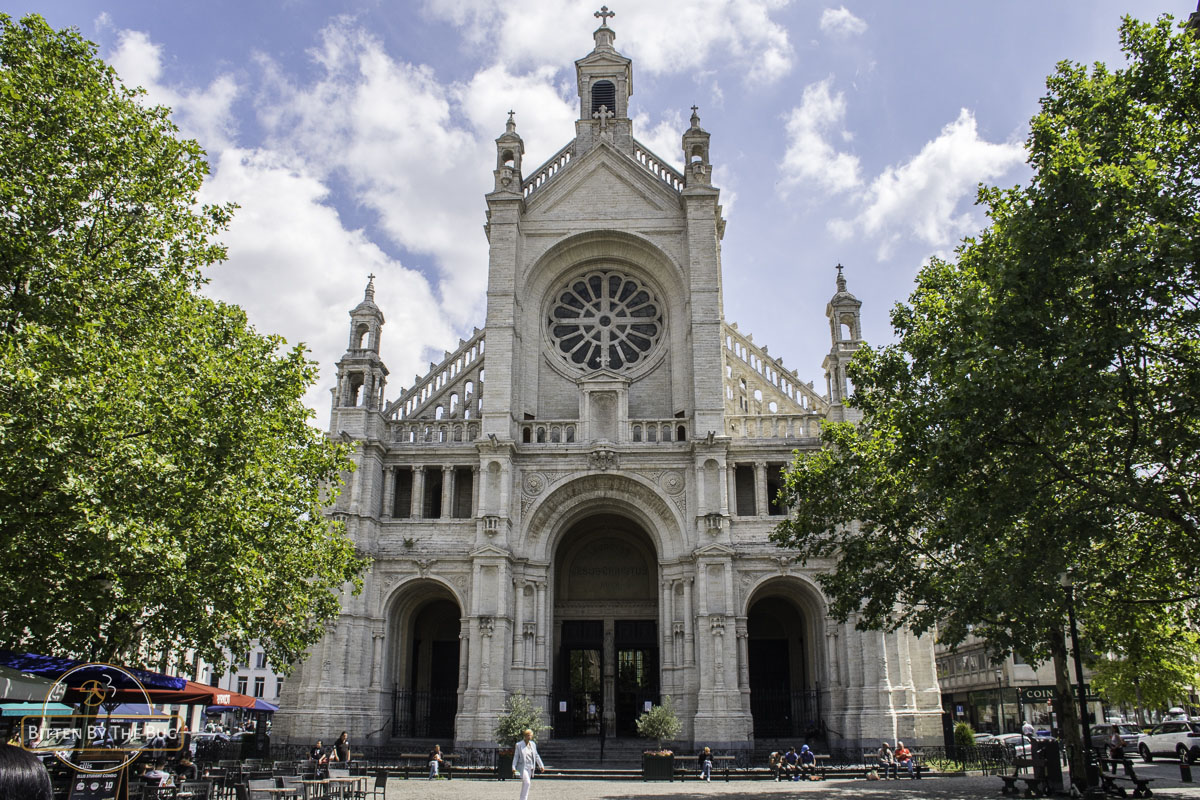