The Halle Gate (or 'Porte de Hal' in French) is a medieval building that looks like a pretty fairytale castle. It's easy to picture a princess with a long blond braid locked up in the attic room of the tower, or maybe even a three-headed dragon chained up in the dungeon. The only way to find out is by taking a look inside! The Halle Gate has been turned into a museum where you'll learn about the history of Brussels (and from the paintings you can tell that there was really a dragon in Brussels!) As you climb higher, the better it gets... There may not be a princess, but at the top of this 600 years old building you'll be rewarded with a fantastic panoramic view over the city! 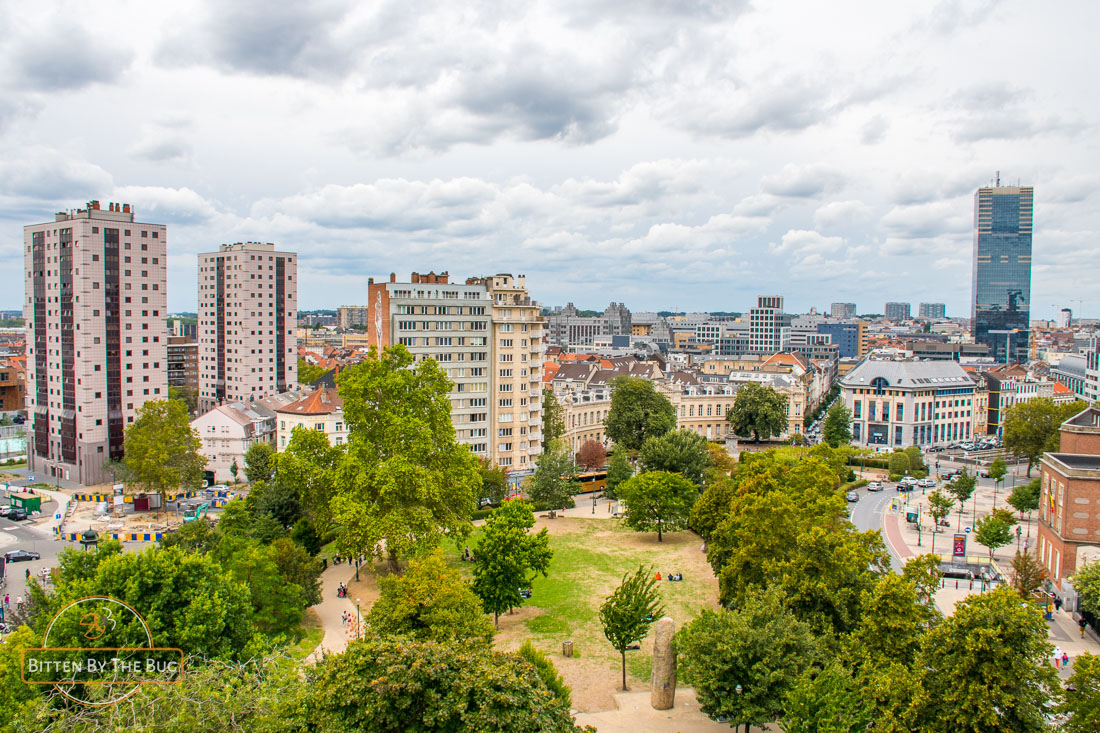 In earlier times, a large wall surrounded the center of Brussels, making the city only accessible through gates that opened in the morning and closed in the evening. The Halle Gate was one of the gates in the second wall around Brussels. Built in 1381, it is the only gate that remains today. 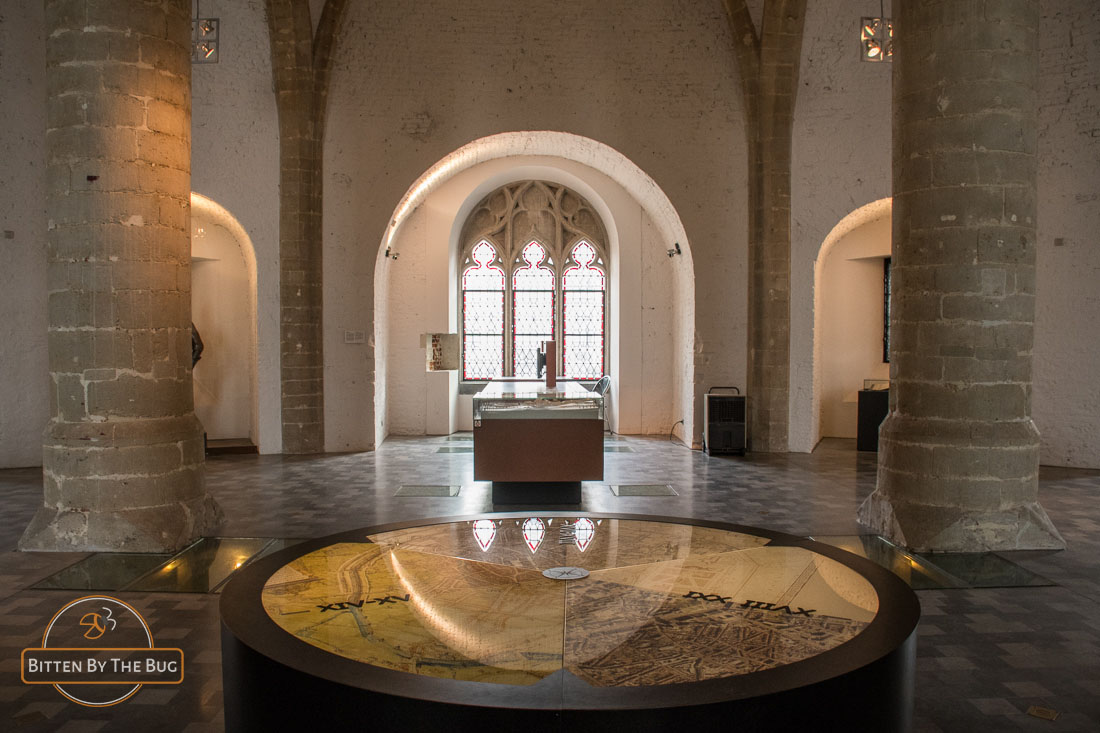 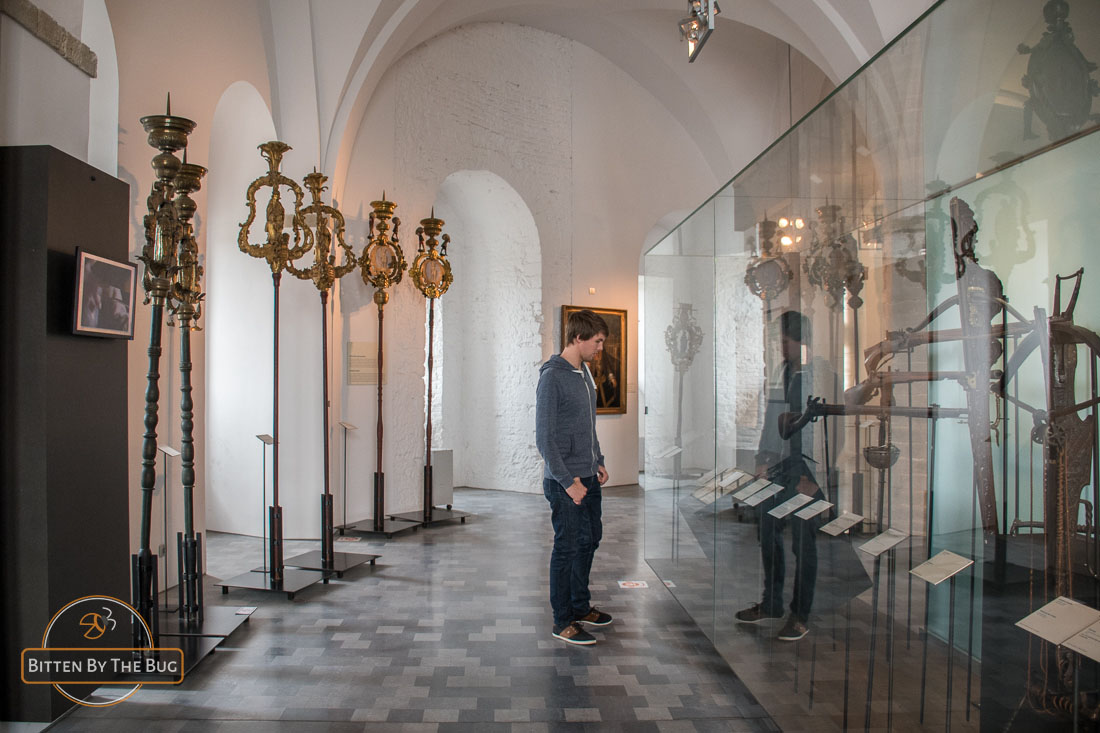 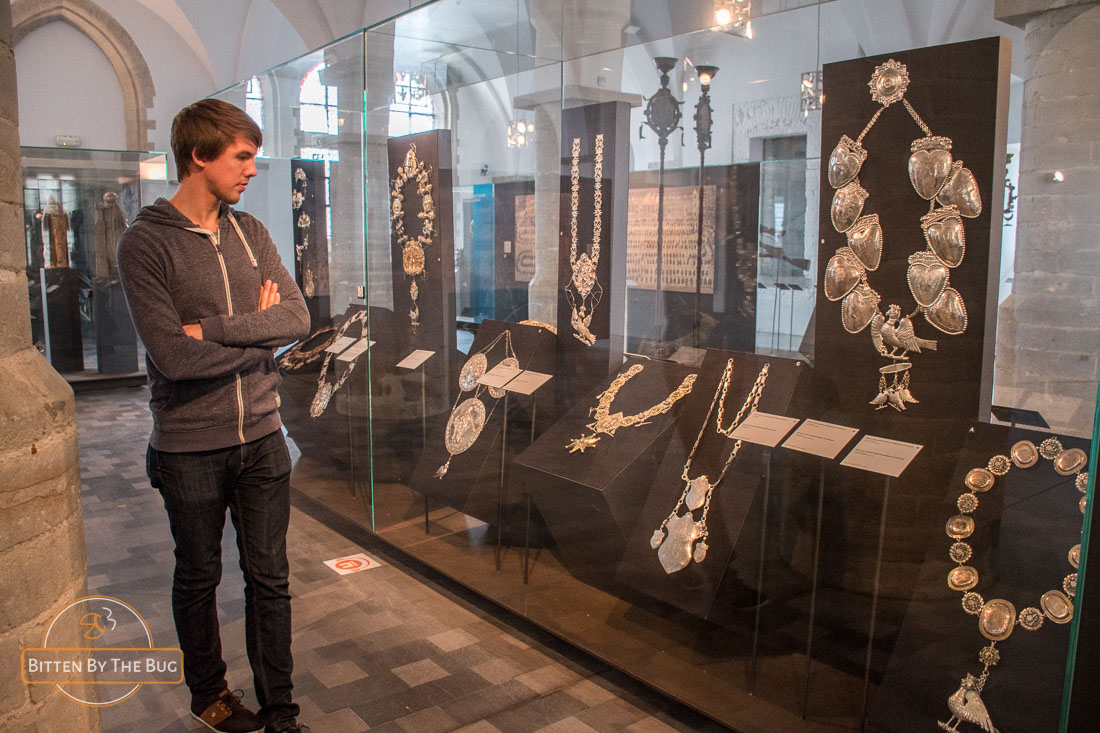 After the wall was taken down, the Halle Gate served as a prison. For several years, it used to house a guillotine to execute criminal offenders. Today, the medieval building has become a museum spread over several floors. It’s not very large, but still worth a visit and the building itself looks great too with all its fine arches. The basement has medieval weaponry on display. The next floor has full suits of armor for both knights and horses, fantastic carvings, and a glass see-through floor viewing section. 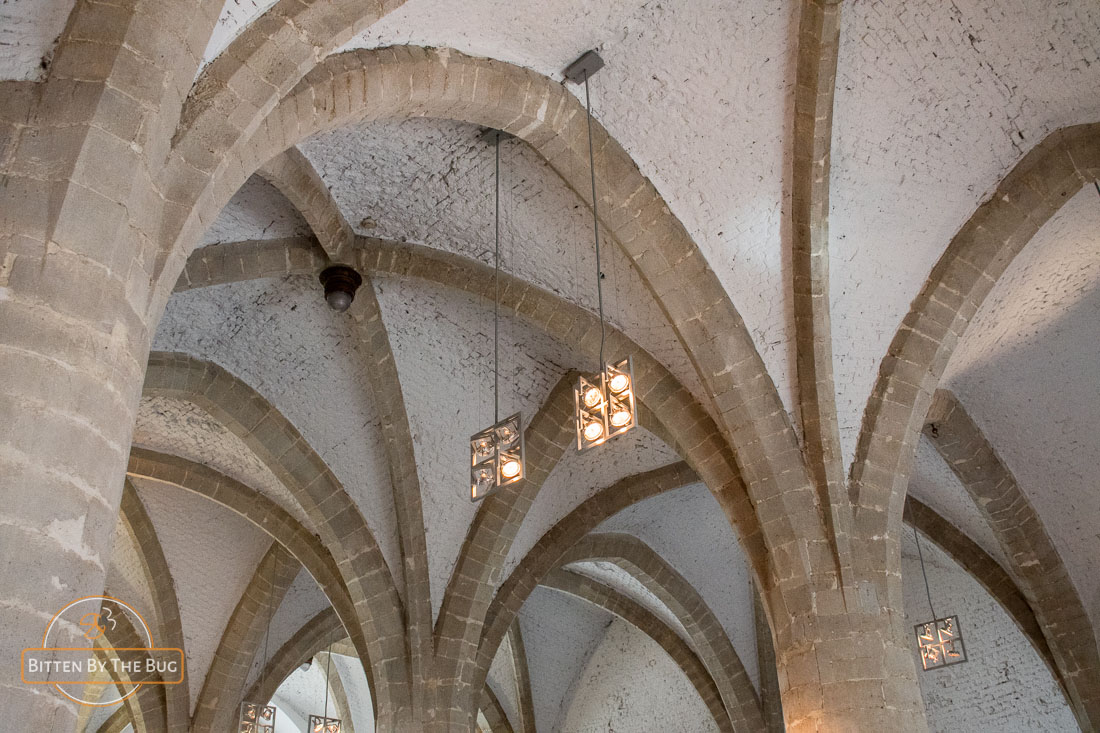 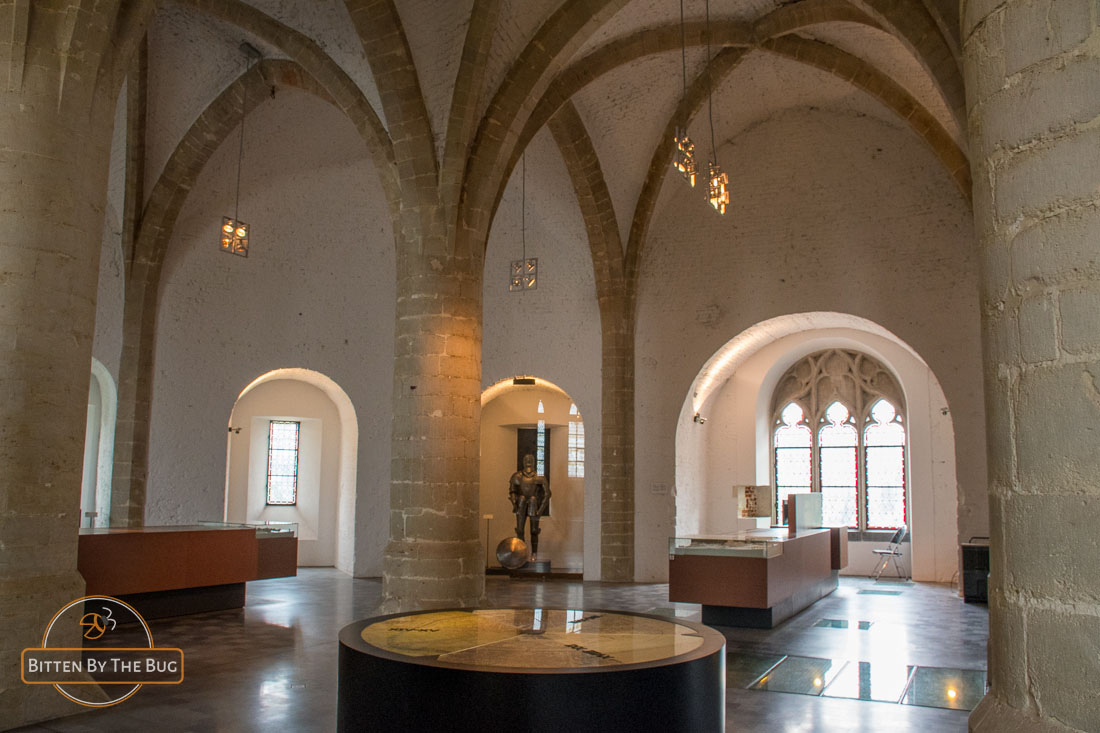 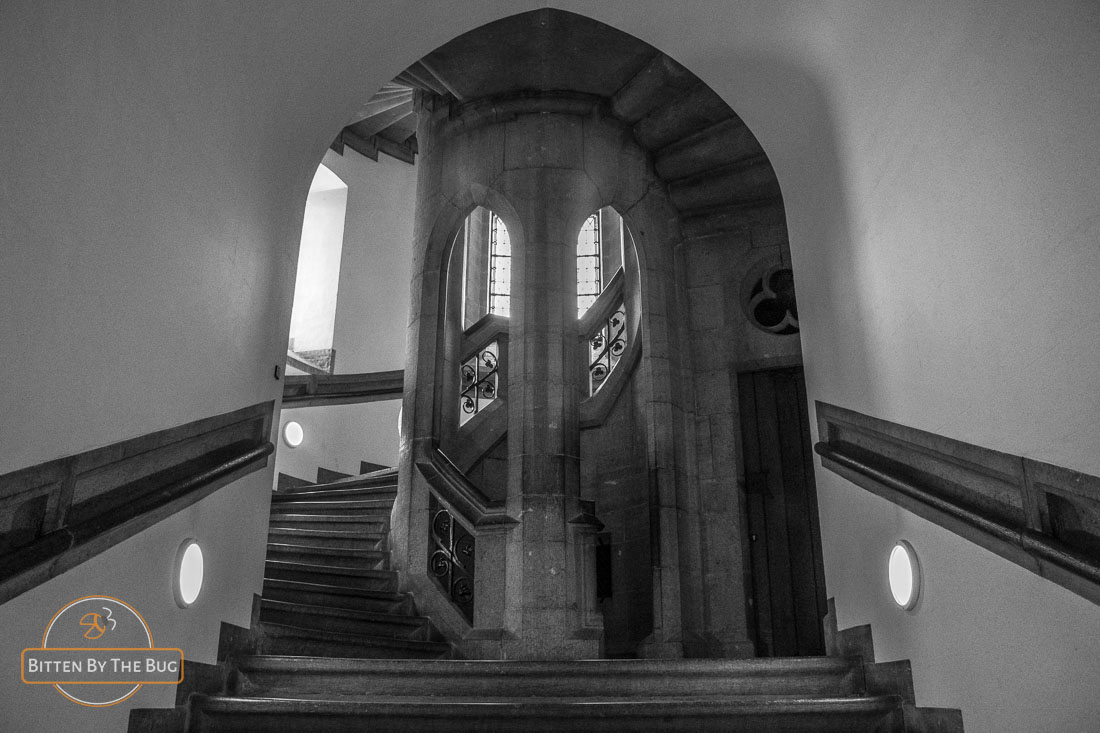 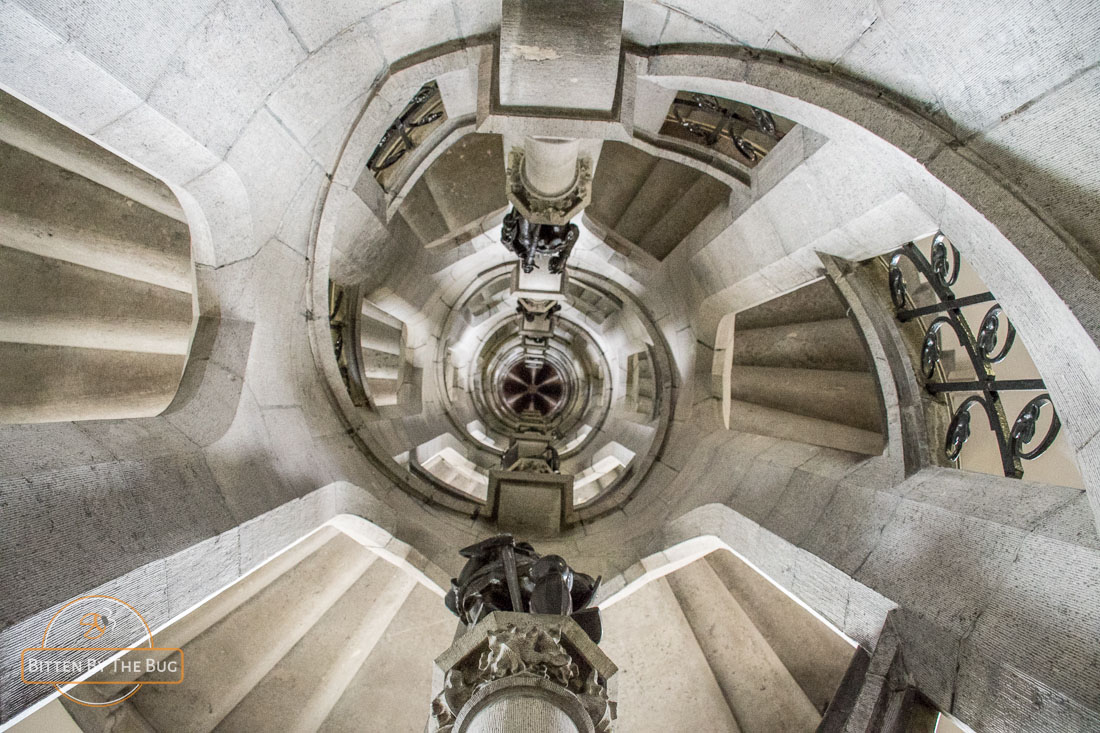 It also has several giant paintings depicting the Ommegang procession that we still celebrate today. ‘The Ommegang of 1615’ from Denijs Van Alsloot depicts the procession of the various trades on the Grand-Place of Brussels. I wonder though which trade is represented by the dragon… 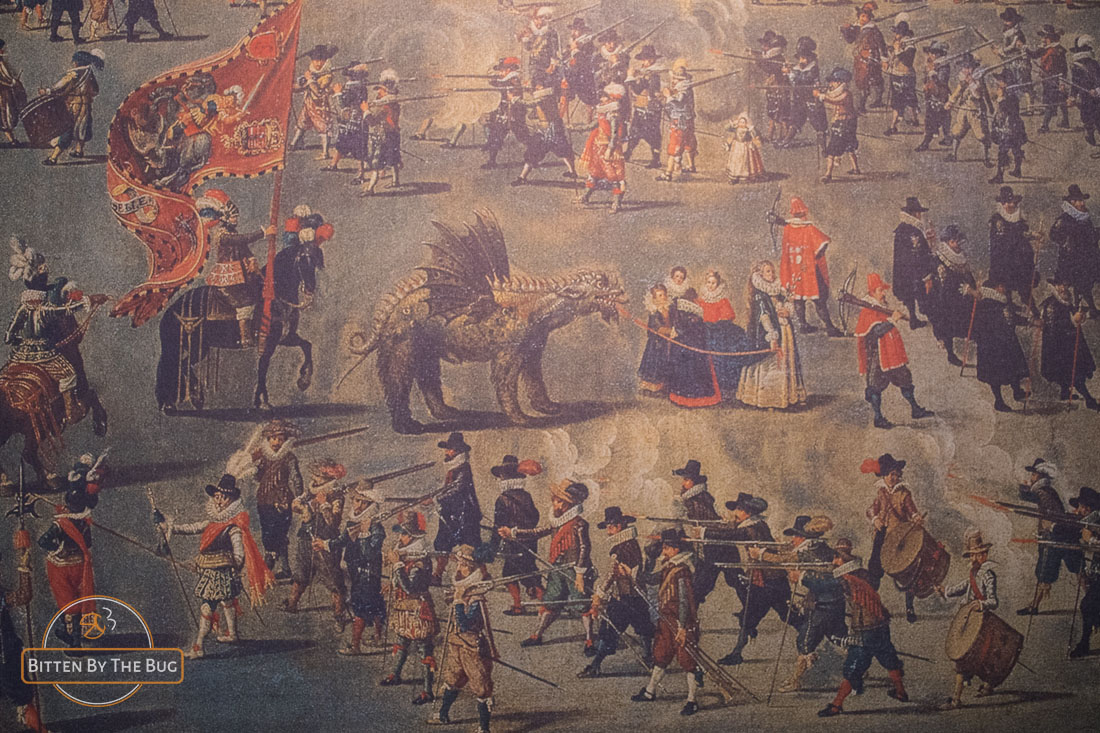 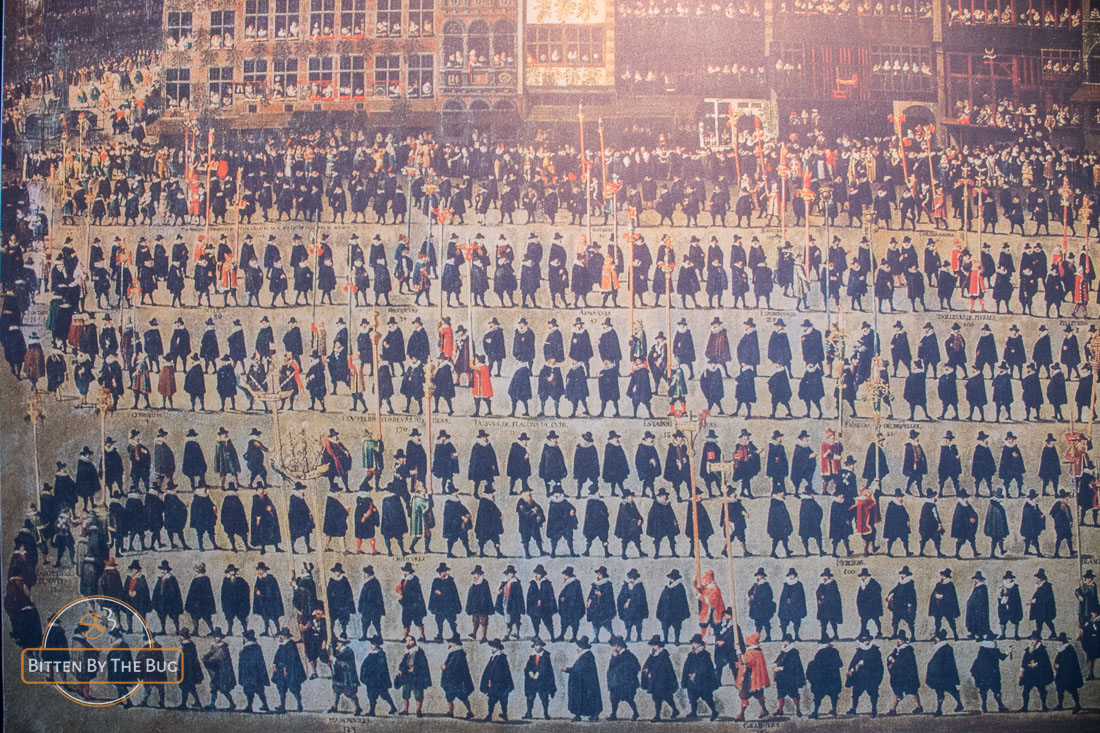 One of the floors usually hosts a temporary exhibition. At the time of our visit, it was all about dollhouses. Personally, I think it’s a bit out of place here, but maybe I was just too impatient to walk on to the next part…

Another series of spiral steps leads to -in my opinion- the most interesting part of the Halle Gate. At the top of the building, you'll enjoy a fantastic 360° panoramic view of Brussels! 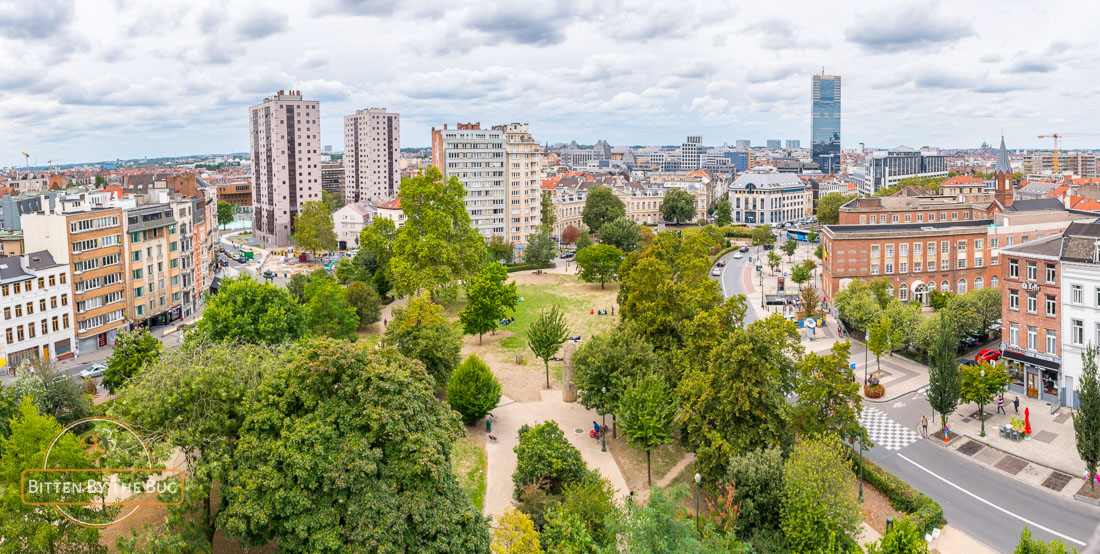 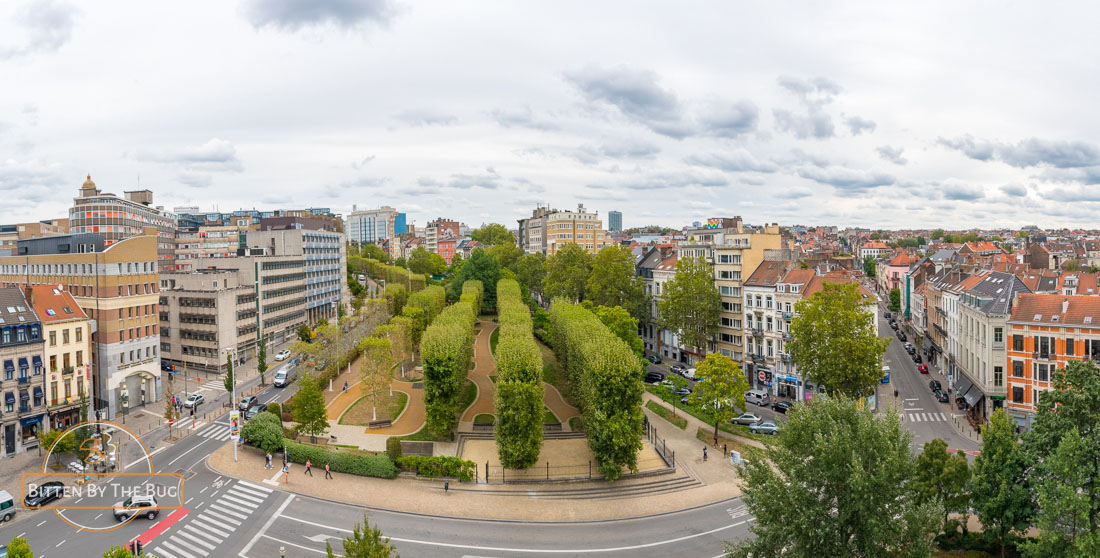